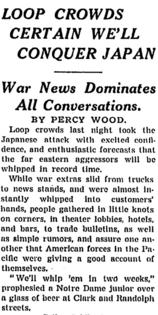 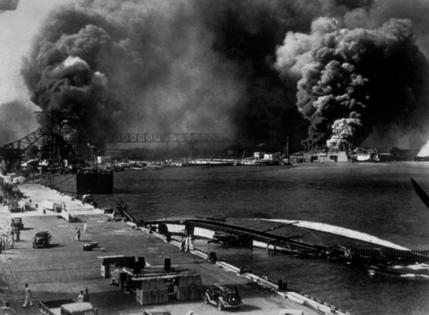 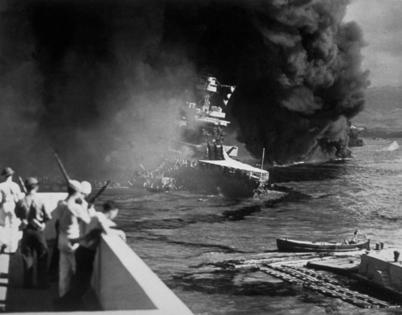 CHICAGO — Charles Collins thought he’d do a little Christmas shopping on Dec. 7, 1941. It was a Sunday, and he’d already filed the next installment of “A Line ‘O’ Type Or Two,” a venerable Chicago Tribune column peppered with readers’ verses and quips.

No sooner did he step outside than he heard a newspaper hawker yell: “They’re historic, and will be worth money years from now.” Headlines announced that Japan had attacked Pearl Harbor.

The previous Friday’s column, the stunned Collins remembered, had included a sympathy note for Japan’s war dead — referring to casualties of Japan’s war in China. But the reader’s jingle had been re-contextualized by the 2,390 Americans killed by Japanese aircraft that brought the United States into World War II.

Tuesday is the 80th anniversary of the day that those who were alive when it happened could never forget.

The news about the attack on Pearl Harbor spread throughout Chicago jerkily, like runaway frames of movie film.

The attack occurred at 7:55 a.m. Hawaiian time. It was shortly before noon at Comiskey Park, where fans were desperately looking for tickets to a sold-out game there between the Bears and the Cardinals, Chicago’s other football team.

At 1:50 p.m., WGN broke into its coverage of the game to announce Japan’s strike on the U.S. Navy’s Pacific Fleet. But portable radios were bulky and mobile phones didn’t exist, so those in the ballpark weren’t aware of what was going on.

Listeners at home heard the news as radio stations broadcast an account phoned in by a reporter on the scene:

“Hello, NBC. Hello, NBC. This is KTU in Honolulu, Hawaii. I am speaking from the roof of the Advertiser Publishing Company Building. We have witnessed this morning the distant view of a brief full battle of Pearl Harbor and the severe bombing of Pearl Harbor by enemy planes, undoubtedly Japanese. The city of Honolulu has also been attacked and considerable damage done. … It is no joke. It is a real war.”

Reporters encountered various responses to those developments. A few Chicago streets were littered with the shattered windows of Japanese restaurants.