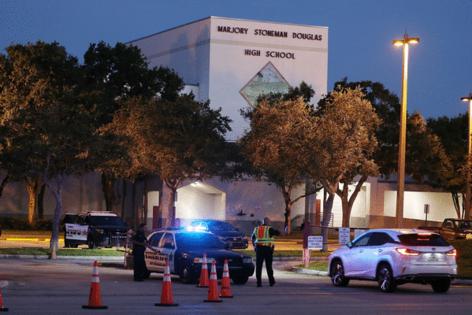 FORT LAUDERDALE, Fla. — A 17-year-old student was arrested Thursday after he made a threat in a social media chat room against Marjory Stoneman Douglas High School, the site of one of the worst school shootings in the U.S., police said.

A caller reported the threat against the school about 11 p.m. Wednesday, said Claudinne Caro, a spokesperson for the Broward Sheriff’s Office. Details about what the threat entailed were not immediately available Thursday afternoon.

The 11th grader at the Parkland high school faces one count of writing threats to conduct a mass shooting, Caro said.

Earlier this week, a 15-year-old boy was charged with murder and terrorism for a shooting that killed four fellow students and injured others at a Michigan high school,