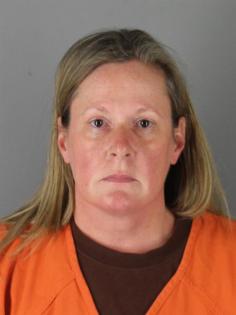 MINNEAPOLIS — The first four jurors were selected Tuesday in the manslaughter trial of Kimberly Potter, the former Brooklyn Center police officer who shot Daunte Wright during a traffic stop in April.

After brief questioning by the defense and prosecution, the first potential juror was seated at about 10 a.m. The man, a medical editor who formerly lived and worked in Washington, D.C., said: "I'm familiar with the concept of taking very subjective matter and trying to process that as objectively as possible."

Late in the morning during questioning of the fourth prospective juror, defense attorney Paul Engh disclosed that Potter will testify in her own defense.

The jury candidate said she wondered "how did this happen?" after learning that Wright was fatally shot while Potter yelled "Taser!" three times.

"Officer Potter will testify and tell you what she remembered happened," Engh said, "so you will know, not just from the video but from the officers at the scene and Officer Potter herself, what was occurring."

The woman, a retired public school teacher in the northwest suburbs, was added to the jury panel after pledging that should judge the case solely on the evidence and testimony, and in particular "would evaluate [Potter's testimony] like any other witness."

She said she's aware that Wright has a criminal history, but "I know that the victim is not on trial."

She did acknowledge that Potter's interaction with Wright lasted just 12 seconds, adding, "I really feel for any law enforcement because things can happen so quickly."

Prosecutor Matthew Frank, referencing that time span, pointed out that Potter received training on how to react in high-stakes incidents that unfold quickly.

The third juror chosen works in distribution for Target on the overnight shift but assured the court that he would have enough time off to ensure that he will not show up for opening statements short on sleep.