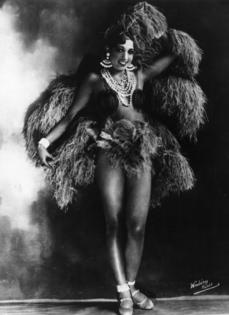 PARIS — Laurent Kupferman has been obsessed with Josephine Baker for nearly a decade, reading everything he could about a woman whose life story was so improbable, so American and yet so French.

She was a Black entertainer who escaped American racism in the 1920s by moving to Paris, the one place she felt free to make history in pushing the boundaries of art and advocacy. The singer and dancer even helped France fight the Nazis.

This year, Kupferman began to think that his country — and the rest of the world — needed Baker as much as he did.

“Racism is very high. Antisemitism is very high. Hate is very high,” said Kupferman, who is an essayist and public relations professional for an autism advocacy group in Paris. “And she was fighting against that. And she did it with her art.”

Kupferman in April revived an effort to win Baker, who died in 1975, the rarest of French honors — enshrinement in the Pantheon in Paris. On Tuesday, Baker will become the 81st person to be buried or enshrined in the 18th-century monument dedicated to honoring the French ideals of liberty, equality and fraternity.

Contrary to some media reports, she will not be reinterred in the Pantheon but rather memorialized with a cenotaph containing soil from various places where she lived. Baker will be just the sixth woman, first woman of color and first American-born person to join the likes of Marie Curie, Victor Hugo, Emile Zola and Voltaire.

Kupferman was not the first person to propose this honor for Baker, but his endeavor quickly succeeded where others had failed. As he made the case for Baker’s healing power, he would learn he had a surprising and powerful backer, one who had the authority to honor Baker and had grown up listening with his grandmother to the warbling jazz singer’s records.

The effort also landed at a moment when France, like the United States, has been wrestling with questions of racial identity and how it has acknowledged the contributions of influential people of color. The Black Lives Matter movement and the 2016 death of a Black man in police custody in a Paris suburb sparked protests here, along with increasing questions about whether France’s officially colorblind philosophy of universalism masks the reality of racism and religious discrimination.

“France’s recognition of Blackness always seems to be trying to send the message that it is not the United States,” said Annette Joseph-Gabriel, author of “Reimagining Liberation: How Black Women Transformed Citizenship in the French Empire.”

“The reality is complex,” she said. “It is at once the reality of racial discrimination, the legacy of French colonialism but also the promise of French universalism.”