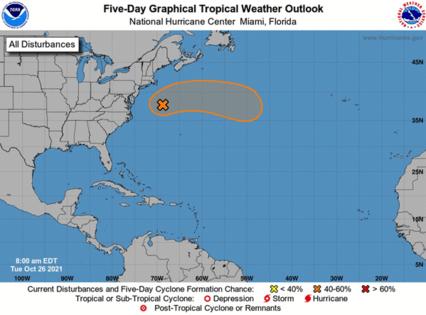 Meteorologists are expecting the gale area to move north-northeastward and could acquire some limit subtropical characteristics before colliding with a front.

Models forecast a 10% chance of the system becoming a tropical depression in the next two days, and 40% chance by the end of the week, but moving eastward or southeastward over the central Atlantic. The system will not impact Florida.