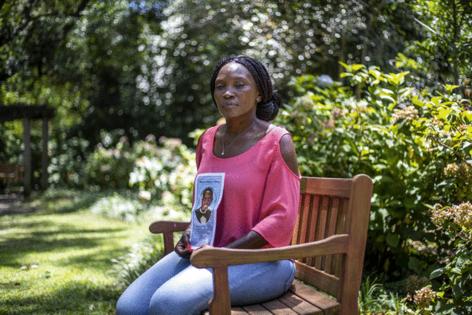 BRUNSWICK, Ga. — One prospective juror said he believes racial stereotyping played a role in the killing of Ahmaud Arbery. Another, who worked in law enforcement, said the three men charged in the 25-year-old’s death should have waited for the cops.

Both men said they could be impartial if they’re chosen for the high-profile trial.

But two other potential jurors questioned Monday afternoon knew the Arbery family, including one man who said he was friends with Ahmaud, and a woman who told the court she was his distant cousin. They said they would be unable to consider the facts of the case fairly and were quickly sent home.

In this community of 85,000, it has been tough finding prospective jurors who aren’t familiar with the case or at least one of the people involved. One potential juror said he attended high school decades ago with Arbery’s father, Marcus. Another said he used to work for the wife of one of the murder suspects.

Jury selection dragged into the second week Monday, with attorneys qualifying another nine potential candidates on the fifth day of proceedings. That brings the total number of qualified jurors to 32, as the court qualified 23 potential jurors last week before adjourning for the weekend late Thursday night.

Court remained in session Monday until after 8 p.m.

Before opening arguments can begin, prosecutors and defense attorneys must qualify a pool of 64 candidates from whom 12 jurors and four alternates will be chosen. Those selected will render verdicts against Travis McMichael, his father Greg McMichael, and their neighbor William “Roddie” Bryan, who are charged with murder in the February 2020 shooting.

The defendants maintain they were trying to make a citizen’s arrest because they suspected Arbery in a string of neighborhood break-ins.

As was the case last week, most of the potential jurors questioned Monday had seen the widely shared cellphone video of the shooting and followed the news coverage. Even some who said they could remain impartial at trial had strong opinions about the shooting and the McMichaels’ decision to chase Arbery, whose family says he was out for a jog.

Juror No. 381, who has federal law enforcement experience, said he thought the McMichaels and Bryan should have waited for police on that Sunday afternoon.