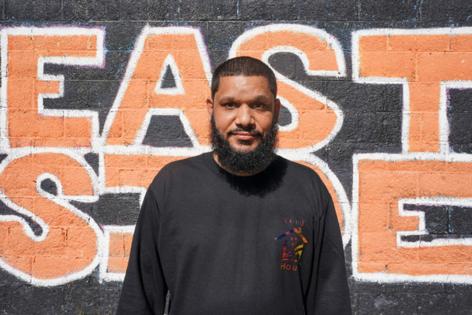 That, he figures, makes him an ideal candidate for a license to sell cannabis now that New Jersey has legalized it with a focus on giving individuals who suffered under cannabis prohibition a solid path into the industry.

“I’m not a bad kid. I just got caught up selling weed,” said Caban, 38, who now runs a small catering business and intends to apply for a license to open a cannabis store in the city with two Camden friends, who also grew up poor in rough neighborhoods.

“If they want to right their wrong, this is their opportunity,” Caban said at a cafe, a few blocks from where he and his partners, Aaron Streater, 44, and Keith Glover, 37, want to open their store, Loud House, in a closed coffee shop across from City Hall.

Other states that have legalized recreational cannabis in recent years, such as Illinois and Massachusetts, have been trying to make such amends for people with marijuana convictions, as well as for people of color and women.

But so far those efforts, in an industry expected to generate $24 billion in sales this year, have had only limited success, said Tahir Johnson, a Trenton native and director of social equity and inclusion at the United States Cannabis Council, a Washington group that lobbies nationally for cannabis legalization.

“African Americans have very little ownership in the industry,” perhaps as low as 2% nationally, Johnson said, even though African Americans were 3.6 times more likely to be arrested for cannabis than whites in 2018 despite similar usage rates, according the American Civil Liberties Union.

Illinois, which legalized marijuana for adults in 2019, had one African American, four Hispanic, and 12 Asian cannabis dispensary owners as of June 30 — compared with 209 Caucasian owners, according to the state’s Cannabis Annual Report 2021.

Massachusetts has had more success, Johnson said. The latest data show the state with 10% “minority-owned businesses” as of Oct. 13. But the state legalized recreational cannabis in 2016, and the first stores opened three years ago, giving it more time to help people of color break into the industry.

Social-equity advocates and individuals trying to get a foothold in the industry said there is much to like about New Jersey’s effort to diversify its cannabis industry.