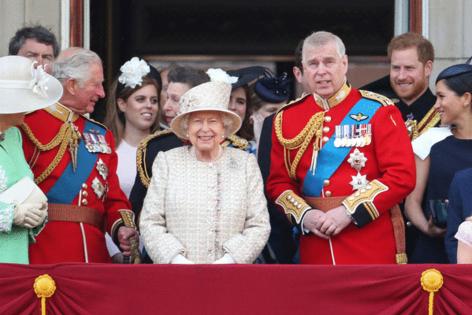 Prince Charles is warning the world that it could soon be too late to tackle climate change, and countries must act decisively.

Charles, the heir apparent to the British throne, said Saturday that “we now have a dangerously narrow window of opportunity in which to accelerate a green recovery, while laying the foundations for a sustainable future.”

The 72-year-old monarch made his grim prediction in a recorded message to the Saudi Green Initiative Forum, just a week before the U.N. Climate Change Conference, or COP26, which will take place in Glasgow, Scotland, from Oct. 31 to Nov. 12.

COP26 will bring together representatives of around 200 countries to discuss and decide on a framework to keep global warming manageable.

World leaders must “above all consider the kind of future existence that we are bequeathing to our grandchildren and their children’s children,” the eldest son of Queen Elizabeth II said.

“The experts are telling policy makers that COP26 must pursue ambitious, nationally determined contributions that have clear baselines, and net zero by 2050,” Charles said.

Earlier on Saturday, Saudi Crown Prince Mohammed pledged to reach net-zero greenhouse gas emissions by 2060 — 10 years later than the U.S., the E.U. and the U.K.