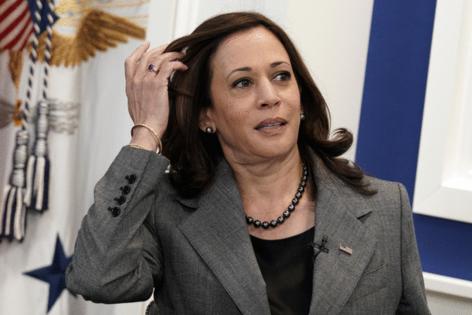 Harris was discussing the details of the expansive infrastructure plan before a room packed with New York elected officials and some local families when a man began shouting about families who died in recent flooding in the city.

The deaths “could have been prevented if we had the right infrastructure,” the man shouted before asking about working with China.

“You are right, brother,” Harris responded. “You know what, you and I will talk after I give my comments.

“And I’m happy to talk with you, But, right now, let’s talk about the agenda, that will include speaking to all people and allowing everybody to be heard,” she added as the man was escorted from the room.

Dozens of people, some drowning in basement apartments and cars, died across the tri-state area in September as a result of flooding from Hurricane Ida.

Harris traveled to the Northeast Bronx YMCA with Health and Human Services Secretary Xavier Becerra and was accompanied by Labor Secretary Martin Walsh and another Cabinet officials.

The vice president marveled at the recently opened facility, which boasts multiple pools, fitness studios, youth and family programs and other amenities.

“It’s really beautiful,” she said of the site.