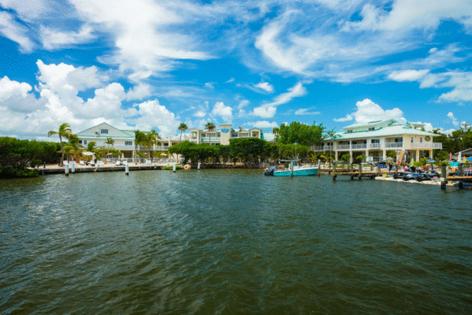 MIAMI — When Marcia Blanar stayed at Hawks Cay Resort in the Florida Keys during the summer, a decorative fountain surrounded by benches “was raging with active Legionella,” according to a lawsuit filed on her behalf earlier this month in Monroe County Circuit Court.

Legionella, a type of bacteria, can cause Legionnaires’ Disease. The disease can cause a severe lung infection and is contracted by breathing in infected water, such as a spray of water. Blanar, of Maryland, “developed a fever and uncharacteristic fatigue,” upon returning from her vacation, her attorney Ira Leesfield wrote in the lawsuit filed Oct. 1 in the Monroe County court.

“Foremost, it’s to defend our clients’ rights for being injured due to what we allege is the negligence of the resort,” said Thomas Graham, an attorney working with Leesfield. ”Their duty is to make sure the premises is safe and maintained for guests to enjoy and there are protocols that can be implemented so waterborne illnesses will not impact guests staying at resort.”

Blanar tested positive for Legionnaires’ Disease shortly after her stay at the sprawling resort on Duck Key, which was from June 30 to July 6, according to the suit, which was first reported by The Key West Citizen.

“Testing of the subject fountain by the Florida Department of Health revealed the presence of the Legionella bacteria that caused Ms. Blanar to fall violently ill with Legionnaires’ Disease,” Leesfield wrote in the suit.

Blanar is seeking an excess of $30,000 after becoming “extremely ill.”

And she wasn’t the only person who got sick, said attorney Patrick Kelleher, who is representing a client who he said is still recovering from the disease. He said he is preparing a lawsuit against Hawks Cay on behalf of MaryAnn Miller of Naples. He said she stayed at Hawks Cay the same weekend Blanar was there. Miller, Kelleher said, was also diagnosed with COVID-19 while being treated for Legionnaires’ Disease.

“She is fighting for her life,” Kelleher said. “She is still not well.”

Citing privacy laws, the health department in Monroe County said it could not comment on the case involving Hawks Cay.

In a letter dated July 28, Bob Eadie, director of the Monroe County Health Department, told Hawks Cay management that at least two people had contracted Legionnaires’ Disease. At that point, water samples from the property were in the process of being tested, but Eadie provided recommendations for “immediate remediation” including developing a water management plan and thoroughly cleaning sink and fountain fixtures.