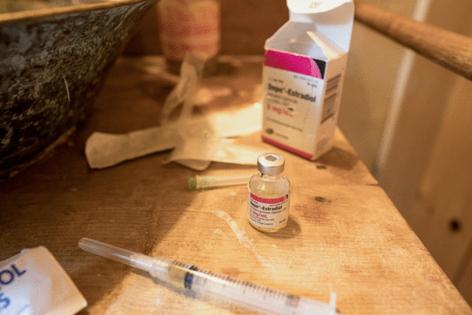 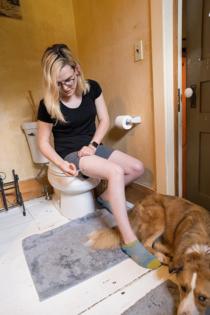 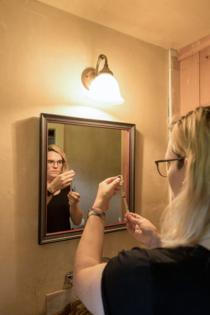 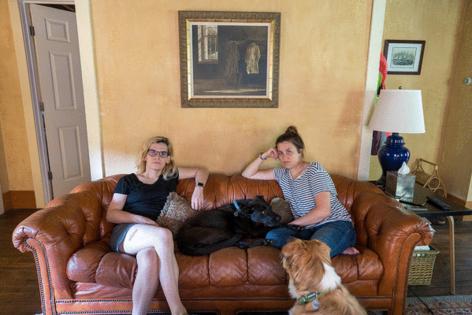 GUNNISON, Colo. — For the past eight years, my wife, Ky Hamilton, has undergone gender-affirming hormone therapy. As a transgender woman, she injects Depo-Estradiol liquid estrogen into her thigh once a week. This drug has allowed her to physically transition as a woman, and each vial, which lasts around five weeks, was completely covered by insurance.

That was until she lost her job in April 2020 and we switched to a subsidized private health insurance plan in Colorado’s Affordable Care Act marketplace. We discovered that our new insurance from Anthem doesn’t cover Depo-Estradiol and it would cost $125 out-of-pocket per vial. With both of us — and our four pets — depending heavily on Ky’s weekly $649 unemployment check, such medical expenses proved difficult. And as of Sept. 6, those unemployment checks ran out.

“I’m absolutely stressed. I don’t know what to do,” Ky said in August as we tried to find a solution.

Because of Ky’s physical transition as a transgender woman, her body doesn’t make the testosterone it once used to. So, without the medication, she would essentially go through menopause. A decline in estrogen levels can also cause transgender women to lose the physical transitions they’ve achieved, resulting in gender dysphoria, which is psychological distress from the mismatch between their biological sex and their gender identity.

Unfortunately, Ky’s experience is shared by many other transgender Americans. The COVID-19 pandemic has caused millions of people to lose their jobs and private health insurance, particularly LGBTQ adults, who reported at higher rates than non-LGBTQ adults that they lost their jobs during the crisis. Consequently, enrollment surged in ACA plans and Medicaid, the state-federal health program for low-income people. Yet many of those plans don’t fully cover gender-affirming care, partly because of conservative policies and lack of scientific research on how crucial this care is for transgender patients.

According to a survey by Out2Enroll, a national initiative to connect LGBTQ people with ACA coverage, 46% of the 1,386 silver marketplace plans polled cover all or some medically necessary treatment for gender dysphoria. However, 7% have trans-specific exclusions, 14% have some exclusions, and 33% don’t specify.

“It’s this whack-a-mole situation where plans for the most part do not have blanket exclusions, but where people are still having difficulty getting specific procedures, medications, etcetera, covered,” said Kellan Baker, executive director of the Whitman-Walker Institute, a nonprofit that focuses on LGBTQ research, policy and education.

Twenty-three states and Washington, D.C., include gender-affirming care in their Medicaid plans. But 10 states exclude such coverage entirely. In 2019, an estimated 152,000 transgender adults were enrolled in Medicaid, a number that has likely grown during the pandemic.

Yet even in states such as California that require their Medicaid programs to cover gender-affirming care, patients still struggle to get injectable estrogen, said Dr. Amy Weimer, an internist who founded the UCLA Gender Health Program. While California Medicaid, or Medi-Cal, covers Depo-Estradiol, doctors must request treatment authorizations to prove their patients need the drug. Weiner said those are rarely approved.

Such “prior authorizations” are an issue across Medicaid and ACA plans for medications including injectable estrogen and testosterone, which is used by transgender men, Baker said.