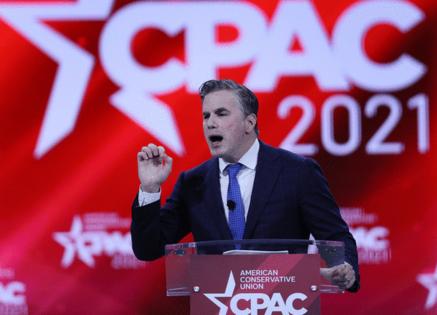 WASHINGTON — California, one of the first states to require companies to include women on their boards of directors, may see its ability to enforce director diversity laws upended depending on the outcome of multiple lawsuits.

One of those lawsuits is a complaint from three California taxpayers over enforcement of the state's Senate Bill 826, which requires public companies with principal executive offices in California to incrementally increase the number of women on their boards. It will head to trial Oct. 25 after Los Angeles Superior Court Judge Maureen Duffy-Lewis denied each side’s motion for summary judgment.

SB 826 was signed into law in 2018 by then-Democratic Gov. Jerry Brown. By the end of 2021, companies must have at least two female directors if they have five people on a board, or three women if the corporation has six or more directors.

Robin Crest, Earl De Vries and Judy De Vries, who are represented by conservative activist group Judicial Watch, filed their complaint in 2019. They claim that the law’s mandate is an unconstitutional gender-based quota and that the secretary of state’s office should not use taxpayers’ money to implement the statute.

Jenna Dresner, a spokeswoman for Secretary of State Shirley Webber, said the office does not comment on pending litigation.

Last year, Democratic Gov. Gavin Newsom signed Assembly Bill 979. It builds off of SB 826 by requiring corporations to have at least one person from an underrepresented background — such as a person of color or a member of the LGBTQ+ community — on their board by the end of this year. By the end of 2022, that number increases to two for boards with five to eight members and three for boards with at least nine people.

Legislators on the California State Assembly’s Select Committee on Corporate Board and California Workforce Diversity are considering how else they can support diversity and inclusion efforts across boardrooms as corporations face statutory deadlines for SB 826 and AB 979, including expanding those mandates or pursuing additional legislation.

“My goal was to start a conversation about diversity and create a matrix that sets a floor for diversity, not a ceiling,” co-chair Chris Holden, a Democrat who spearheaded AB 979, said during a committee hearing on Oct. 1. “Our efforts through AB 979 and SB 826 here in California have been crucial to supporting diversity and inclusion policies on a national scale.”

Washington state last year adopted a similar mandate to require public companies to either have at least a quarter of their board of directors be women by the start of 2022 or comply with new board diversity disclosure requirements. Ten other states have passed similar rules. The Securities and Exchange Commission in August approved Nasdaq Inc.’s requirement for listed companies to have at least one female director and at least one person from an underrepresented minority or LGBTQ+ group, or explain why they don’t.