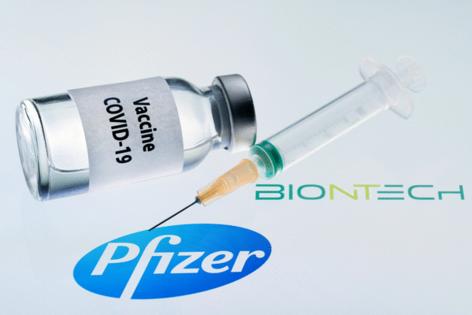 WASHINGTON — Federal health officials are reshuffling their systems for distributing COVID-19 vaccines as they try to reassert control over the country’s divided response to the pandemic and prevent more unnecessary deaths.

States will no longer be allowed to order as many vaccines as they want, a shift intended to prevent doses from expiring in places where people are hesitant to get their shots while ensuring there’s a steady stream of boosters for people eager for a third injection. The new restrictions, which have not been publicly announced, were laid out by the Centers for Disease Control and Prevention in an email that was sent to state officials earlier this week and obtained by the Los Angeles Times.

“We are focused on responsibly managing our inventory and reducing the risk of waste while still providing an ample supply to everyone,” the email said, adding that “jurisdictions will have access to a pro rata share” of the national supply, meaning allocations will be based on states’ population and current stockpile.

Other limitations were recently put in place for the limited national stockpile of monoclonal antibodies, which unvaccinated people have increasingly relied on to prevent their coronavirus infections from becoming life threatening.

The distribution changes reflect the gap between vaccinated and unvaccinated Americans, a chasm that is poised to grow as federal regulators authorize booster shots for vulnerable people, as well as pediatric vaccines likely become available to younger children this year. Health experts said the rift is forcing President Joe Biden’s administration to rebalance its approach to the pandemic as it confronts the challenge of saving lives in places where its recommendations are routinely rejected.

“We are going to have two countries, two vaccine nations,” said Peter Hotez, professor of pediatrics and molecular virology and microbiology and co-director of the Texas Children’s Hospital Center for Vaccine Development. “And the third immunization and the pediatric vaccinations will widen that gap between the two nations.”

Biden is attempting to avoid that outcome as the country approaches its second pandemic winter — which could bring increased hospitalizations and deaths as flu season returns and people spend more time indoors — by expanding vaccine requirements in hopes of pressuring more people to get their shots.

But the president is encountering entrenched resistance along partisan lines, particularly in Republican-led states in the South where the more contagious delta variant has caused caseloads to surge. Even within heavily Democratic states like California, vaccination rates can vary along with party affiliation and religion — white evangelicals have been particularly opposed to the vaccine.

Richard Besser, who served as acting CDC director under former President Barack Obama, said that “we are definitely in a situation where the country is divided.”