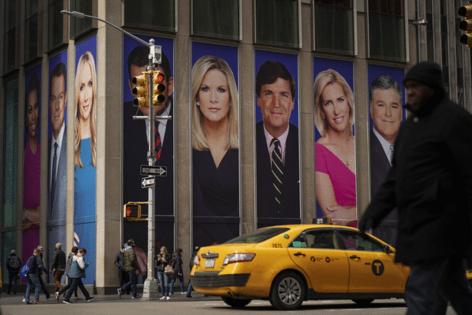 Fox News staffers who claimed sexual harassment then faced a harassment campaign from their own employer, a previously undisclosed investigation by the city concluded.

The conservative network spied on the text messages and deleted computer data of employees who complained about harassing behavior by colleagues and supervisors, according to a complaint by the city Commission on Human Rights.

The commission leveled the allegations against Fox News in December 2018. The probe was not publicly revealed until June when Fox News agreed to a $1 million settlement — but the complaint was not made public at the time.

More recently, former Fox News host Ed Henry was accused in a civil lawsuit of raping a junior staffer — an allegation he denies.

“Fox News Media patently denies that there ever has been a practice of erasing or intentionally failing to protect valuable computer data,” said a spokeswoman. “The issues outlined in the complaint concern legacy matters predating our current executive leadership team. Furthermore, the network does not retaliate against any current or former employees and has taken extensive preventative measures to ensure a zero tolerance policy for all forms of discrimination and harassment.”

The Human Rights complaint, which is heavily redacted, alleges that the conservative network made a habit of “erasing valuable computer data of those who complain, or failing to responsibly protect such data.” The tactic was one method of retaliation against staff who claimed harassment, the complaint alleges.

“If Fox personnel destroyed evidence, then the DA should have been notified and somebody should have been indicted,” said lawyer Ty Clevenger, who represents a man accusing former Fox News contributor Andrew Napolitano of sexually harassing him in an elevator in 2019.

Clevenger obtained the complaint through a Freedom of Information Law request.

Other methods of retaliation against employees who refused sex with Fox News higherups included “manipulating computer systems of those who complain” and surveilling employees’ text messages, the commission charged.