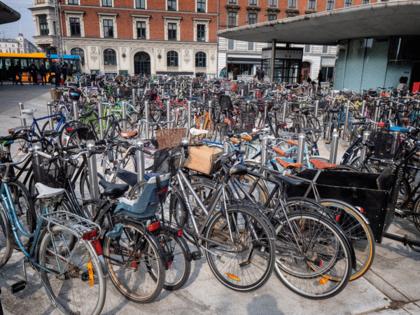 Early this month, Lorna Rae Moss, a 69-year-old woman who loved to compete in triathlons, was killed when her bicycle was struck from behind by a minivan on a western Iowa road. The driver allegedly was drunk.

Moss, who taught water fitness classes and often rode her bike, left behind her husband of 47 years, three children and two grandchildren.

The crash was not unique. COVID-19 has sparked a surge in cycling, as Americans have sought alternatives to crowded gyms, buses and trains. There also has been an uptick in distracted drivers and speeding over the past 18 months.

That’s raised the risks for cyclists on the road and led some states to enact new laws that require space between vehicles and cyclists or other passing requirements for drivers.

“It’s really one of the No. 1 things we hear from people who have biked in the past and decided to stop. They’ve seen so many drivers texting or the vehicles have gotten so large that they feel it’s just unsafe,” said Ken McLeod, policy director for the League of American Bicyclists, a cycling advocacy group based in Washington, D.C. “People are really worried.”

This year, at least eight states approved safe passing laws to help protect bicyclists, according to the National Conference of State Legislatures (NCSL). Some beefed up their current laws; others created new ones.

The measures typically seek to ensure that when passing bicycles, motorists allow adequate space to avoid sideswiping cyclists, hitting them from behind or causing them to overcorrect to avoid a vehicle.

“This is on people’s minds. There have been a steady march of states enacting new safe passing laws,” said Doug Shinkle, NCSL’s transportation program director. “This is getting significant attention.”

Forty-four states and the District of Columbia now have safe passing laws, more than double the number that had them a decade ago. Most require motorists to leave at least 3 feet when passing a bicyclist, according to NCSL. Some also allow drivers to cross a double yellow line to give cyclists space or require motor vehicles to change lanes if there is more than one lane in the same direction.

But eight of those states have more general laws that say that motorists must pass at a “safe distance.”