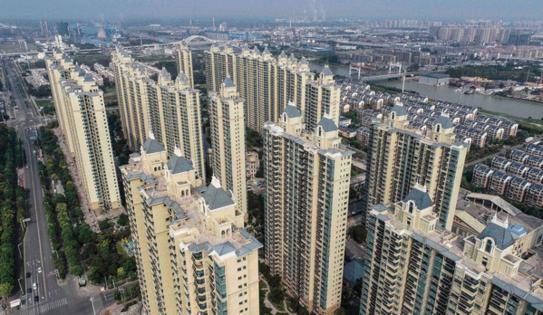 SHENZHEN, China — They came from all over the country, dragging cheap suitcases and clutching file folders filled with records, chanting in front of the glassy skyscraper: “Evergrande, pay up!”

They were the owners of small lighting and plumbing and construction materials companies, suppliers for Evergrande, one of China’s largest property developers — now staggering under more than $300 billion in debt and facing potential collapse.

Dozens of protesters were gathering daily here in recent days at Evergrande headquarters. Most were contractors who’d accepted commercial papers — a sort of IOU — as payment for projects, but now found Evergrande unable to pay when those IOUs came due.

“They say: We have no money. Do whatever you like,” said Li Gexin, the manager of a janitorial company in Qingdao. It had 200 workers who’d cleaned Evergrande’s sales offices for a year and were owed more than $300,000 in commercial papers.

“If we don’t get the money, we can’t eat,” said Li, who’d driven for 24 hours to the Shenzhen headquarters. They needed that money to feed their families, send kids to school, buy medicine for elderly people, and pay their own mortgages — to live, he said. Dozens of other suppliers gathered around, relating similar woes.

Legions of police bearing riot shields stood nearby. Some walked through the crowds with banners that read “Gathering Evidence,” and took photos of each person’s face.

The distress surrounding Evergrande’s crash is a window into the problem of bad debt in China’s housing sector. Property giants like Evergrande have boomed in the last few decades on a model of vast borrowing and fast expansion, relying on cash flows from apartments it would someday build to construct apartments it had already sold.

That worked as long as they could keep getting new loans for new projects, even as housing demand declined. But in August 2020, government regulators laid down new rules about how much debt developers could take on.

After a year of struggling to reduce its liabilities amid declining sales, Evergrande admitted in public statements this month that it may not be able to repay its debts. Credit ratings agencies Fitch, Moody’s and S&P downgraded Evergrande to levels indicating “in or very near default.” Its stock value has dropped 80% this year, and it has an estimated 1.4 million more homes that it’s already sold but not yet built.

Although the government is likely to step in to limit the fallout, “Evergrande’s collapse would be the biggest test that China’s financial system has faced in years,” said Mark Williams, chief Asia economist for Capital Economics, in an analysis this month.