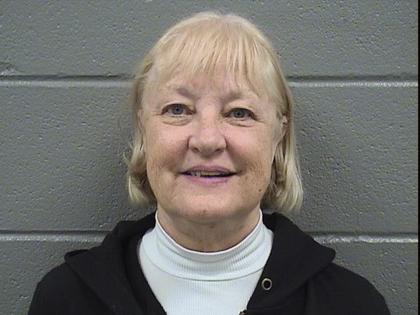 CHICAGO — The woman known as the “serial stowaway” for her penchant for attempting to sneak onto flights could be transferred this summer to a specialized “problem-solving court” for defendants with mental health concerns.

Admission to Cook County’s mental health court would mean a court-monitored treatment plan for Marilyn Hartman, as well as a sentence of probation — a sentence that her current judge recently said she would not agree to.

While Judge Peggy Chiampas on Monday signed an order referring Marilyn Hartman to screening for possible admission to mental health court, she said Hartman’s case would stay in her courtroom until after her eligibility is determined.

Among other requirements, defendants in mental health court must have a diagnosed mental illness and have no recent history of violent crime. Hartman is believed to meet those criteria.

Female defendants are placed on the mental health court docket overseen by Judge Domenica Stephenson, then plead guilty and enter a two-year probation program with a customized treatment plan.

Entry into the program would mean Hartman avoids the prison sentence Chiampas said she would likely insist upon. Before Hartman’s most recent arrest, her attorney had reached a plea deal with prosecutors that would have sentenced her to probation.

But Chiampas said she would not sign off on that, noting that Hartman has repeatedly violated terms of probation and bond.

With some consternation, Chiampas noted in court Monday that Hartman has had cases in her courtroom since 2018, but her attorney only recently raised the possibility of mental health court.

Hartman, 69, is in custody after her most recent arrest at the O’Hare International Airport CTA station violated the terms of her probation and her previous bail bond.

Hartman left her residential facility without permission in March, prosecutors have said. Authorities tracked her ankle bracelet to the O’Hare CTA station, where she was arrested without incident.

Hartman has gained national notoriety for attempting to sneak into airports and onto flights around the country. Perhaps the most serious recent case came in January 2018, when she boarded a jet and flew all the way to London’s Heathrow Airport without a ticket.

She was sentenced to probation, but violated it in October 2019 when she went to O’Hare and tried to pass the second of two security checkpoints, prosecutors have said.

Hartman spent time in Cook County Jail before being released in March 2020, part of an effort to release low-risk detainees in the face of the coronavirus pandemic. She was put on a county electronic monitoring program with an ankle bracelet, and placed at a West Side facility that provides supportive and transitional housing.

She stayed at that facility until her most recent arrest, and has been in custody at Cook County Jail ever since.