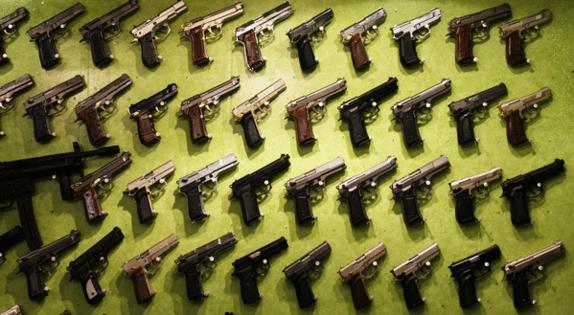 Elwood is not a hunter or collector. The 33-year-old from Crystal was living in her car. She and her fiance, Jeffrey Paul Jackson, were purchasing firearms from shops around the Twin Cities and selling them on the illegal market, federal prosecutors say.

By the end of the month, three of the guns had already been confiscated by police in connection with shooting investigations, according to an affidavit underlying the felony federal charges.

As gun crimes have surged in the Twin Cities over the past year, schemes like this, known as "straw purchasing," play a crucial role in how illegal firearms reach the streets, said Jeff Reed, assistant special agent in charge of the Bureau of Alcohol, Tobacco, Firearms and Explosives' St. Paul field office.

No one knows how many illegal guns come from straw purchasers, but local ATF agents are seeing an increase in these cases in tandem with the crime wave, said Reed.

"These are the guns that are making it out onto the streets, and they're killing people," said Brennan.

In a typical straw purchase scenario, the buyer has no felony conviction or other factor disqualifying them from owning a firearm. But they are really buying it for someone else, who's either legally ineligible or doesn't want any paper trail to the weapon.

Straw purchases are illegal under Minnesota and federal law, but investigators say they can be difficult to identify while balancing the rights of legal gun owners.

Elwood and Jackson evaded suspicion for months by shopping at different gun stores, according to court documents. On May 27, law enforcement confiscated a gun from a suspect in a shooting earlier in the month. The ATF discovered Elwood had bought the firearm 15 days earlier.

At first, the group focused on what could be done about the pandemic. But as summer began and the deaths of ...Read More

If you’re going to Disney World, you will have to mask up.

Starting Friday, Disney guests will have to wear masks while indoors and on resort transportation, regardless of vaccination status. Face coverings are optional...Read More