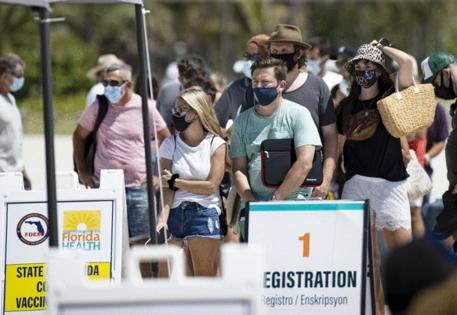 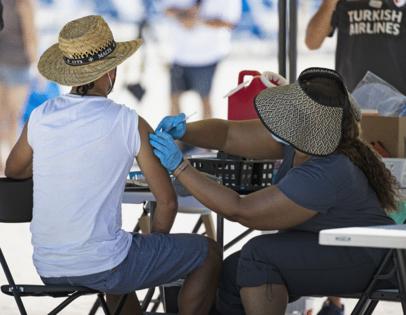 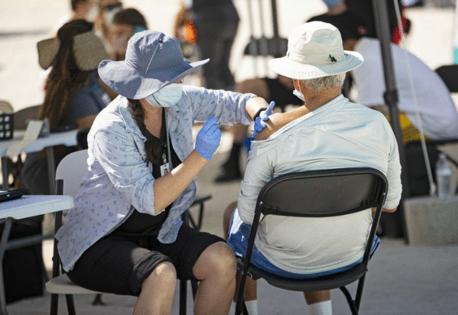 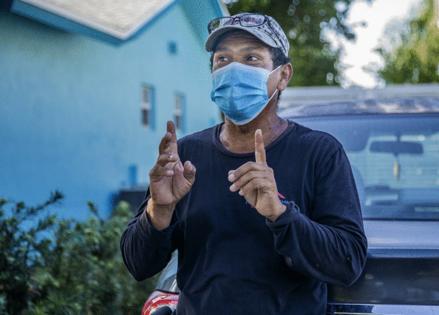 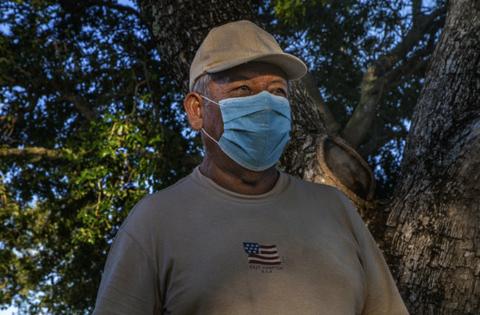 Initially, he was hesitant. Bad information about Publix pharmacies charging (it doesn't) and worries about being asked for a Florida ID (which he doesn't have) were just some of the reasons he initially avoided getting vaccinated. But he changed his mind when local advocates told him the pro-immigrant organization WeCount! had secured a limited number of vaccines. He got on his bike and rode to a clinic known as Clínica Campesina in Homestead. But when he arrived, no one was there. He waited but no one came.

"We were there for an hour. There were nine of us waiting," José recalled.

José had misunderstood. The vaccines were being offered at Centro Campesino, which was about three miles away. So he went home instead.

"I already do enough by going on my own, under the rain, on my bike, to get to work."

José has still not gotten a dose, just like many others in communities that are home to Miami-Dade County's most vulnerable immigrant populations — where more people tend to be undocumented, live in poverty or struggle with language barriers.

Central American and Haitian immigrant neighborhoods in Miami-Dade are disproportionately undervaccinated, according to an el Nuevo Herald analysis that used vaccination data from April 30 provided by Miami-Dade County and population estimates from the U.S. Census. By comparison, South American immigrant neighborhoods had vaccination rates significantly higher than the county's.

By April 30, Countywide 55.5% of eligible individuals (residents 16 and older) had received at least one dose, the analysis showed. But in the five ZIP codes where the highest percentage of Central American immigrants live — where about one in every five residents was born in Central America —the vaccination rate was 41%. Those areas include parts of Homestead, Allapattah, Little Havana and neighborhoods just south of Overtown.

The disparity was even greater for Haitian immigrant communities. In the five ZIP codes with the highest percentage of Haitian immigrants, which include parts of Little Haiti, Biscayne Park, North Miami Beach and Westview, only 32.5% of the eligible population has been vaccinated.

While over half of Miami-Dade residents are immigrants, not all have had the same experience as Central Americans and Haitian residents born in the Caribbean. The Herald analysis showed of the five ZIP codes with the highest percentage of South American immigrants, none had a vaccination rate below the county's. All of the ZIP codes had more than 90% of their eligible population vaccinated. In part of Doral, where nearly one out of every three residents was born in Venezuela, the Herald analysis showed 95% of eligible residents had received at least one dose of the vaccine. Meanwhile, the five ZIP codes home to the highest percentage of Cuban immigrants had a vaccination rate of 51%, almost at the same level as the county rate.