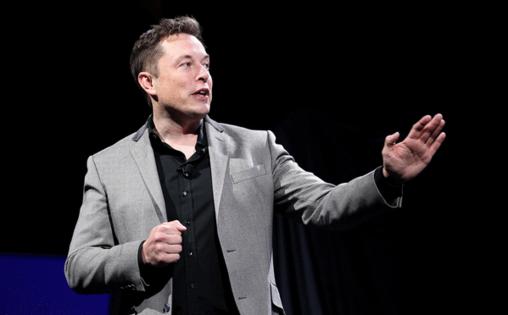 It’s not the first time he’s fallen short, backed out or abruptly changed course after making a big, showy promise of innovation. In fact, it’s not even the first time he’s done that in the last six weeks, during this specific set of negotiations with Twitter.

For Musk — a serial entrepreneur, controversy-stirring celebrity, terminally online gadfly and the richest man in the world by some counts — abruptly tapping the brakes on a $44-billion tech acquisition with a vague tweet is, well, just another Friday.

“Twitter deal temporarily on hold pending details supporting calculation that spam/fake accounts do indeed represent less than 5% of users,” the Tesla and SpaceX chief executive wrote early Friday morning in a post on the social network he was otherwise slated to buy. Attached was a link to an 11-day-old Reuters article detailing how the platform’s current management recently pegged the prevalence of spam accounts — a pet issue for Musk and one he’s hinted he’ll tackle if he takes the app private — at less than 5% of monetizable daily active users.

More than two hours later, he replied to himself: “Still committed to acquisition.”

Shares of Twitter’s stock dove in response, falling to almost $40, suggesting strong doubt on Wall Street that the deal would ever close. Meanwhile, shares in Tesla leapt 7%, to as high as $786.50, after having tumbled more than 25% from the time Musk started selling $8 billion in the company to finance the Twitter deal.

Musk’s imbroglio with Twitter has been marked by reversals and false starts from the very beginning. When he revealed on April 4 that he’d acquired a 9% stake in the social network, it seemed that might be the extent of his engagement; he had, after all, filed as a passive investor, meaning he was barred under U.S. securities law from pursuing control of the company.

Yet two days later, he filed an update: actually, he’d be an active investor after all.

To further complicate things, Musk’s initial acquisition was quickly followed by chatter from both him and Twitter Chief Executive Parag Agrawal that Musk would be joining the company’s board (and capping his stake at 14.9% in the process).

“I’m excited to share that we’re appointing [Musk] to our board!” Agrawal tweeted, to which Musk responded: “Looking forward to working with [Agrawal and the] Twitter board!”