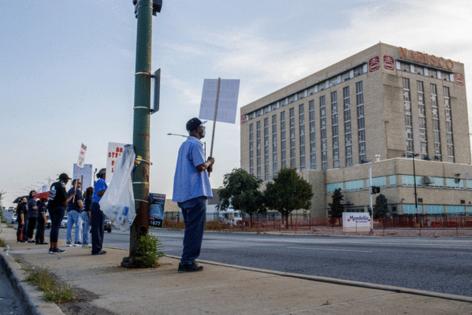 A weekslong strike at six Mondelez facilities ended after employees “overwhelmingly” voted to approve new four-year contracts with the maker of brands such as Oreo, Cadbury and Ritz.

“This has been a long and difficult fight for our striking members, their families and our Union. Throughout the strike, our members displayed tremendous courage, grit and determination,” BCTGM International President Anthony Shelton said in a statement.

Workers who were on strike are expected to return to work this week at the six facilities, including a bakery in the Marquette Park neighborhood, where about 500 employees make Nabisco cookies and crackers, and a sales distribution facility in Addison with about 40 employees, Mondelez said in a statement.

The company employs around 80,000 people worldwide.

“Our goal has always been to reach agreements that would provide our union-represented colleagues with good wages and competitive benefits, while also positioning our U.S. bakeries and sales distribution facilities for future growth and success,” Glen Walter, an executive vice president and president of North America at Mondelez, said in a statement.

The four-year contracts include a ratification bonus, annual hourly wage increases and an increased company match to 401(k) contributions, Mondelez said in a statement.

The agreement gives Mondelez the ability to give new employees weekend shifts on certain high-demand lines to create additional capacity but does not require any current bakery employees to switch from weekday to weekend shifts, according to Mondelez.