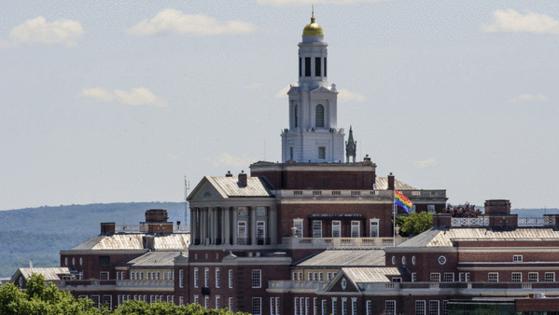 A woman who became pregnant on her sixth try has accused Aetna in a federal lawsuit of discrimination by requiring out-of-pocket payments by LGBTQ couples for fertility treatment before coverage kicks in while providing immediate payment for heterosexual couples.

Emma Goidel and her spouse are enrolled in Aetna’s Student Health Plan for Columbia University. Goidel’s lawsuit says the policy provides broad coverage for intrauterine insemination, or IUI, and in vitro fertilization, or IVF.

In her lawsuit filed this week in U.S. District Court in New York, she said she paid nearly $45,000 for one successful pregnancy after a half-dozen attempts.

In a statement, Hartford-based Aetna, which is a subsidiary of CVS Health Corp. in Woonsocket, R.I., said Tuesday it learned of the lawsuit Monday and is “still actively investigating the facts.”

“Aetna is committed to equal access to infertility coverage and reproductive health coverage for all its members and we will continue to strive toward improving access to services for our entire membership,” it said.

In the fall of 2020, Goidel attempted two IUI cycles. The first attempt in September was unsuccessful and she miscarried on the second attempt in October.

She tried a third IUI cycle in February 2021 and was unsuccessful. Goidel tried twice more, both times failing to become pregnant.

The lawsuit blames Aetna’s “discriminatory policy” for forcing Goidel and her partner to choose the less expensive IUI over IVF. In April, she tried a fifth, and unsuccessful, IUI cycle.

“After seven months, five cycles of IUI, one miscarriage, significant emotional distress and over $20,000 paid out of pocket, Ms. Goidel and her spouse decided, upon consulting with their doctor about the success rate of IVF vs. IUI, to change course and try IVF,” the lawsuit said.

She submitted a claim for IVF coverage to Aetna in May, but was denied because she did not meet the requirement “for a member under 35 years of age” of being “unable to conceive or produce conception after at least one year despite frequent, unprotected heterosexual sexual intercourse, or at least 12 cycles of donor insemination if there is no male partner.”

Goidel learned in July she was pregnant as a result of IVF but miscarried. She later tried her sixth IUI cycle and became pregnant.

“Ms. Goidel has endured great emotional distress in having to choose a course of treatment based on cost, rather than based on her personal and medical circumstances in consultation with her doctor,” the lawsuit says.