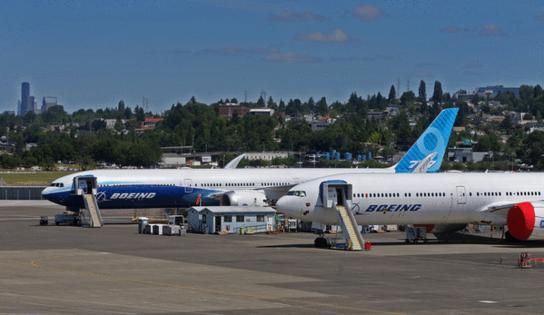 Aside from the air travel downturn, the aerospace giant is currently unable to deliver the 787 widebody jet due to quality problems and is only slowly ramping up the 737 MAX after the grounding of that aircraft for almost two years.

Yet the company forecast anticipates a full air travel recovery from today's steep pandemic-driven downturn by 2024 and then a resumption of long-term demand growth that would double the size of the world's commercial airplane fleet by 2040.

"This is fundamentally a growth market, and we see it continuing to be that way," said Darren Hulst, Boeing vice president of commercial marketing, in a press briefing.

And in a statement, Stan Deal, CEO of Boeing Commercial Airplanes, said the "forecast reflects our confidence in the resilience of the market."

And international long-haul traffic, held back by border restrictions, remains at just about a quarter of the 2019 level.

As a result, between 4,000 and 5,000 commercial jets remain parked on the ground worldwide, in storage.

Yet Boeing believes that the recovery of domestic air travel will be replicated eventually in the long-haul flying market as confidence in health measures returns and border controls are lifted.