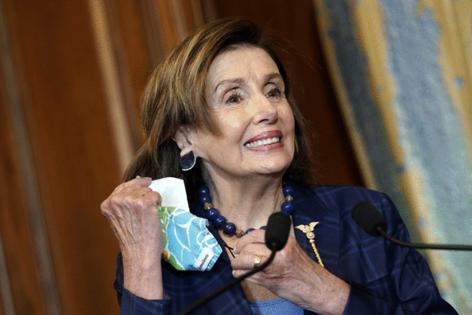 WASHINGTON — House Speaker Nancy Pelosi’s bid for a last-minute extension of an eviction moratorium for renters collapsed Friday, leaving millions of Americans at risk of losing their homes after the ban lifts on Saturday.

It was a rare political defeat for Pelosi, who has exercised tight control over House Democrats but was unable to unify them behind the effort. The House adjourned Friday without taking up legislation to extend the moratorium until Oct. 18.

“There was a lot of support by the caucus but not enough,” said Democratic Rep. Maxine Waters, chair of the Financial Services committee. The deadline was no secret on Capitol Hill or at the White House, and Republicans as well as some Democrats faulted President Joe Biden for waiting until Thursday to make a public plea to extend the moratorium.

Pelosi in a news conference after the House adjourned said Democrats “will not forget this issue.” She added that she hoped that as more federal aid flows to tenants and landlords there would be less of a need for the government to stop evictions.

Shortly before the House adjourned, Biden implored states and localities to spend their money “immediately” to forestall an eviction crisis.

Pelosi and her leadership team spent much of the day pressuring Democrats as they tried to find the votes with most Republicans opposed.

At the same time, landlords were pushing hard against any further extension of the moratorium, calling it “unsustainable” for mom-and-pop owners in particular.

“While well-intentioned, the national eviction moratorium has made providing rental housing unaffordable for many property owners,” the National Multifamily Housing Council said in a statement.

Congress has approved $47 billion in rent relief funding since December, but state programs to distribute that money have been mired in bureaucracy and miscommunication, a growing frustration for tenants and landlords alike.