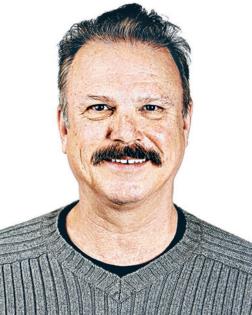 Q: I was beginning my quadrennial car search. I've had 11 Volvos since 1974 and I'm looking to replace my 2016 XC70 with another Volvo (I might be in a rut), probably the V60 XC. Did I hear my dealer correctly that the 2021's do not have AM radio built into the standard audio system? How do I listen to my news, traffic, weather and sports talk as I drive in the Chicago metro area or station surf while on driving trips? Say it isn't so!

A: It is so. According to InsideRadio.com, AM radio stations reach nearly 58.8 million people during a given week according to the latest Nielsen data based on the ratings company’s June 2017 RADAR estimates. But that is just one in five (21%) radio users. By comparison, Nielsen says 86% of radio listeners tuned into an FM station. AM broadcasting is already suffering from loss of advertising. Electric cars may put the final nail in the coffin. Electric motors generate radio frequency interference (RFI) in the same wavelengths as amplitude modulation (AM) signals. All you would hear from an AM radio is static.

Q: At almost 70 years of age, I remember the 1960s auto legends like the GTO. What many do not remember is that the 0-60 time of this legend was 7 seconds. We managed to do plenty of damage with all the fast cars of that period. Now we will have a plethora of e-cars coming that will do 0-60 in 3 seconds or less! What could go wrong?

A: Ah, the days of muscle cars — cars that mechanics could morph into mechanical monsters. Zero to 60 in less than 3 seconds is a bit of an exaggeration (de-zaggeration?) since most stock automobiles top out in the 8-second range. What could go wrong? A big fat speeding ticket and probably a loss of your driver’s license — at least for a while. “Drive like hell and you will surely get there.”

Q: What are those 5- to 6-inch spikes on the front wheels of semis? Do they help them cut through ice and snow? They look dangerous. They remind me of something out of "Ben-Hur" or "Thunderball."

A: Why do semitruck drivers install those spikes? To look dangerous! Although some may claim that the spikes keep other drivers at a safe distance, they are simply a cosmetic affectation. You can even buy plastic ones.

Q: My 2015 VW GTI is the first car I've had with alloy wheels and low profile tires. Consequently, where I used to rub a curb with the tire, I now have a case of curb rash. I've looked for a place that would polish my wheels but found none. The last place I checked, they recommended a truck tire facility. Any tips?

A: For a do-it-yourselfer: Sand the scratches down somewhat, apply automotive body filler such as Bondo, sand smooth when dry and then finish with metallic spray paint. I don’t know how long that repair will hold up. A better alternative is to take the wheels to a professional. Automotive wheel restoration is usually under $200 per wheel for repairs, said Rich Heuer of Chicago Wheel Service in Elk Grove Village, Illinois. You can even leave tires on. I suggest you look for a restorer in your area.