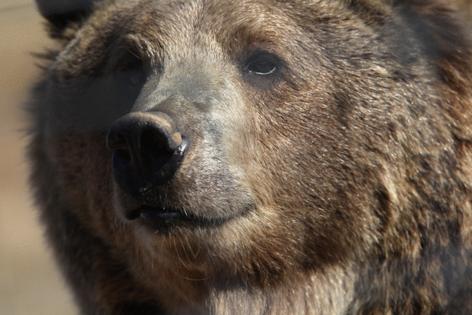 It’s been said that beer and the outdoors make a natural pairing, so it feels fitting that Colorado Parks and Wildlife decided to partner with alcohol makers statewide on a fundraising effort to celebrate its 125th anniversary. The best part? You can tap in all year long.

The agency, established in 1897 to help maintain and conserve the Centennial State’s lands, water and wildlife, is filling out the 2022 calendar with toast-worthy events that include specialty beer, wine and cider releases and culminate with a libations festival in September at Chatfield State Park.

CPW chose 18 local companies to collaborate with from a pool of 80-plus applicants, and while each collaboration looks slightly different, all the beverage makers boast unique connections to the environment and commitments to preserving Colorado’s natural amenities, said Devon Adams, a CPW program manager and advanced cicerone.

“We really just want to show how interconnected our small businesses and parks and wildlife are,” Adams said – whether its resources such as the local water that brewers use to make beer, the agriculture and fruits that lend themselves to winemaking, or the ethos of recreational enjoyment.

That’s why many of the partner breweries are creating special beers to not only quench drinkers’ thirst, but also educate them about local ecosystems and natural resources. Denver’s Woods Boss Brewing Co., for example, will release two beverages – a “parks” beer and a “wildlife” beer – in August. One will be a fruited sour beer featuring cantaloupes from Rocky Ford and the other will likely be a pale ale brewed with sumac berries, said brewery owner Jordan Fink.

“We like to use local ingredients wherever possible,” said Fink, who previously worked in forest conservation and in one position literally boasted the job title Woods Boss. “These beers will be almost all Colorado malt and Colorado-grown hops, for the most part. Our yeast supplier is right up the road, so they’ll be 95% or more in-house, Colorado-based based ingredients.”

Can’t wait til August? On the second Tuesday of every month, you can stop by Dry Dock Brewing Co. in Aurora when it’s selling pints of a “Keg for a Cause” for a $1-$5 donation. All proceeds benefit Colorado Parks and Wildlife. Additionally, 25 cents from every mixed Booty Box goes to the agency.

Over on the Western Slope, Telluride Brewing Co. created a beer called Frio on the Rio, a 7% alcohol-by-volume cold IPA featuring strata, sabro and eldorado hops, as an ode to Colorado’s rivers. The Memorial Day release coincides with the town’s ever-popular Mountainfilm festival.

“We especially love the rivers of this great state, enjoying kayaking, rafting, SUPing and fishing,” said Chris Fish, co-founder and chief brewing officer. “It was a natural marriage for us to work with CPW as our stories have a lot in common.”

Collaborations aren’t limited to beer. Sauvage Spectrum recently released a small-batch, “kitchen sink” white wine blend using nearly every grape grown at the Palisade winery, said co-founder Patric Matysiewski. Bottles are still available for purchase and 10% of proceeds benefit CPW. In Denver, Waldschänke cidery is experimenting with a prickly pear-habanero cider due out in July. That will be available both on draft and in cans, a first for the cidermaker, said co-owner Kelley Dufresne.