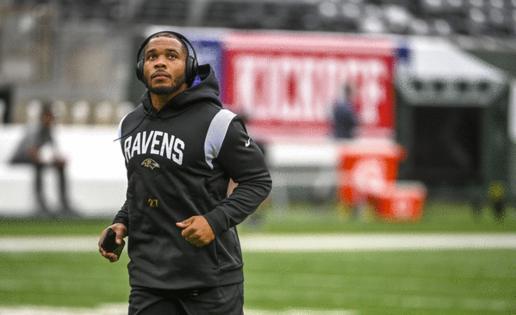 BALTIMORE — Pro Bowl left tackle Ronnie Stanley and running back J.K. Dobbins are expected to return the Ravens’ running game to prominence, but when they get back into the starting lineup is still uncertain.

Stanley is recovering from an ankle injury that has kept him out of 29 of the Ravens’ past 30 games, while Dobbins has been sidelined since suffering a torn ACL, LCL and meniscus in his left knee, along with his hamstring, in the 2021 preseason finale. Few can predict if they will be as dominant as they were before their injuries.

“There is a big difference between walking on these injured joints and going back to running and doing what is expected of an NFL athlete,” said Scott Adams, a Catonsville-based orthopedic surgeon who specializes in sports medicine.

“So simply seeing them being able to walk to the media room or go through a walkthrough practice is in no way an indication that they are 100 percent healed.”

That pretty much sums up the status of Stanley and Dobbins, as well as the Ravens’ running game, which is ranked No. 18 in the league through two games but would be near the bottom if not for star quarterback Lamar Jackson.

Dobbins practiced fully leading up to Sunday’s home opener against the Miami Dolphins and said he felt “amazing,” but he was inactive for the game.

Before his injury, Stanley was regarded as one of the top young tackles in the league, signing a five-year, $112.8 million contract on Oct. 30, 2020. But he suffered a severe ankle injury just a few days later against the Pittsburgh Steelers and has played in just one game — the 2021 season opener against the Las Vegas Raiders — since.

Early in his coaching career in Baltimore, John Harbaugh was aggressive in pushing players to return to the field, which resulted in disagreements with trainers. But after a rash of injuries to several starters last season, Harbaugh is probably more cautious. This offseason, the team overhauled its training camp practice routine and hired a new head athletic trainer in an effort to reduce injuries.

Holding out Stanley and Dobbins early in the season is the smart thing to do.