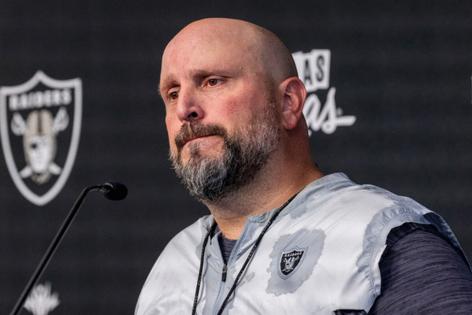 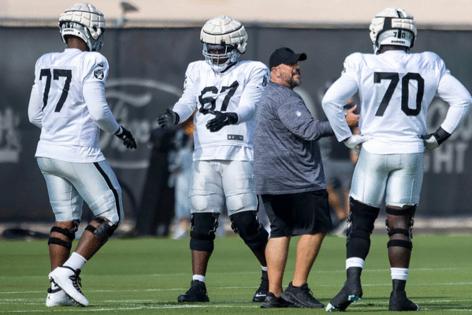 As if the Raiders and new offensive line coach Carmen Bricillo needed any more uncertainty on a unit undergoing major renovations, they were dealt a bit more on Wednesday when rookie tackle Thayer Munford limped off the practice field.

“I don’t know what happened,” said Bricillo, who was still waiting on an update on Munford by the time he spoke to the media.

Munford had been making a big move at right tackle, where he is locked in a battle with Alex Leatherwood, Brandon Parker and Jermaine Eluemunor for the starting job.

After getting the majority of first-team reps last week in practice after Parker went down with an injury, then drawing the start and playing well against the Vikings on Sunday, Munford resumed practice this week as the starter.

His surge, though, was interrupted by the apparent injury he suffered toward the final stage of practice.

Whether it’s a short- or long-term deal remains to be seen. But with Parker already down with an injury, the Raiders can’t afford many more setbacks at a position for which one starting job and one key reserve role are still up for grabs.

One way or another, they will forge ahead. And for Bricillo, the man entrusted with cobbling together a cohesive unit able to complement and fortify an otherwise prolific-looking offense, navigating around whatever Munford is dealing with is just one more challenge.

In other words, no different than what he’s been doing since arriving in Las Vegas from New England shortly after Josh McDaniels came aboard as coach.

“I think he’s done a good job of managing that group,” McDaniels said.

A long-time college assistant at Youngstown State, Bricillo spent the last three seasons under McDaniels, first as a Patriots’ offensive assistant and then as the offensive line coach the last two years.