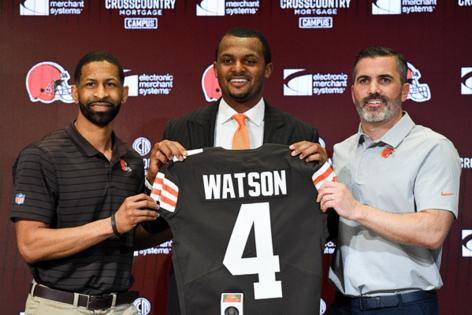 PITTSBURGH — I am going to write a sentence I never thought I would write:

They are as great a group of fans as there is in sports.

There is a big difference between Steelers fans and Browns fans, of course. Steelers fans have been rewarded many times over the years by their football team. Browns fans seem doomed to suffer forever.

I really do feel sorry for them.

The distraction created for the Browns last week by running back Kareem Hunt almost seems like piling on. He is not even the starter — that's the great Nick Chubb — but he has asked to be traded unless he gets a new contract. It's not as if beleaguered coach Kevin Stefanski doesn't have enough to handle.