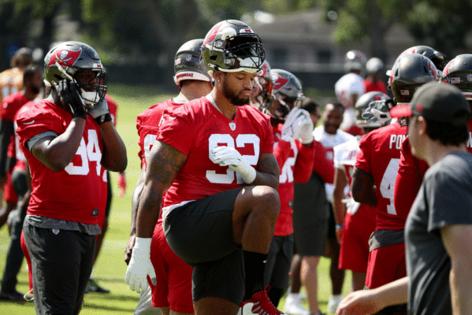 “Again, it’s voluntary,” Bowles said. “I know where each and every one of them are, and a lot of them have good reasons not to be (in attendance), so we’ll go from there and coach the guys that are here.”

Bowles reiterated he remains in frequent contact with Brady, but offered the quip of the day when asked how regularly the two communicate.

“I don’t think that needs to be public knowledge, how much me and my girlfriend date,” he said. “But we talk, and we’re on the same page. We’re in lockstep. We’re in lockstep with (offensive coordinator) Byron (Leftwich) and (quarterbacks coach) Clyde (Christensen), so everything’s good.”