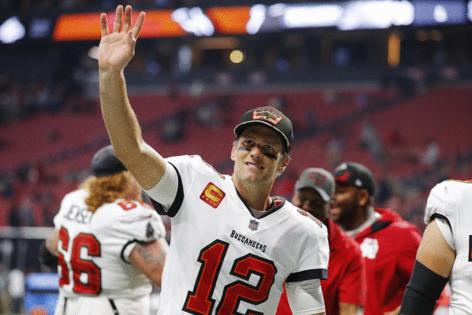 LOS ANGELES — Throughout his legendary NFL career, quarterback Tom Brady has been calculated and careful in speaking to the media, giving measured responses and — unlike a lot of players — rarely making controversial off-the-cuff comments.

But when his playing career is over, when he’s in the broadcast booth for Fox, he won’t have the luxury of staying mum. He’ll be expected to critique players and his old teams, and that’s not always a comfortable assignment.

After Brady revealed his plans this week to become Fox’s lead NFL analyst once he’s done playing, The Los Angeles Times spoke to three prominent quarterbacks — former Most Valuable Player Rich Gannon, and Hall of Famers Steve Young and Kurt Warner — about their similar moves to TV and their thoughts about their seven-time Super Bowl-winning colleague making the transition.

Here’s what they said:

On difficulty of criticizing players:

— Rich Gannon: “It’s hard. You say something critical, and then the following week you’re doing the same team on the road, or you have the same team at home. And these guys hear everything. So you go and you’re critical of a quarterback, and then you go in the next week in the production meetings. I’ve had experiences like that, where guys have bunny rabbit ears and they’re real sensitive and pissed off.

— Steve Young: “My philosophy was, I was the first one to tell me that I sucked. It’s professional football. So there’s a standard. To me, you have to hold people to a standard. And Tom should feel this dramatically, because he has a standard that he has to hold. You can’t have cheap shots, but you just hold people to the standard of professional football. If you’re not living up to it, you’re the first one who’ll say something about yourself, and you can also say it about other people.”

On covering your former team:

— Gannon: “I’d do the Raider games, this was back when I first started, and the Raiders would get blown out by Denver. It was awful. I had to say, `This is bad.’ Well, then I’d get in the car and social media would just go crazy, people just hating on you like, `Aren’t you supposed to be a Raider guy? Raider Nation, blah, blah, blah.’ Don’t you understand? My job is to be neutral.”

PITTSBURGH — Just as he had many times during his five-year career at Pitt, Kenny Pickett walked onto the practice field at the South Side facility on Friday, looking much the same as the quarterback who produced an ACC ...Read More

DENVER — Shortly after he was released from the Arapahoe County Jail on Friday morning, Broncos receiver Jerry Jeudy headed to the team’s facility to meet with coach Nathaniel Hackett.

PITTSBURGH — The Steelers will open their 2022 regular season on the road against the defending AFC North champion Cincinnati Bengals, but will play one of the NFL’s marquee games at home when they celebrate the 50-...Read More

TAMPA, Fla. — Tom Brady’s decision to end his retirement made the NFL reconfigure its entire 2022 schedule.

No player moves the ratings needle like the seven-time Super Bowl winner, and the Bucs were rewarded with ...Read More

LOS ANGELES — The Rams and Chargers are in the spotlight.

And the NFL is trying several experiments, including an unprecedented tripleheader on Christmas Day.

It was a reflective moment, a couple days after the Lions finished a draft that was widely praised. Dan Campbell leaned back in his chair and smiled so widely his eyes practically disappeared.

“Brad and I were kind of ...Read More