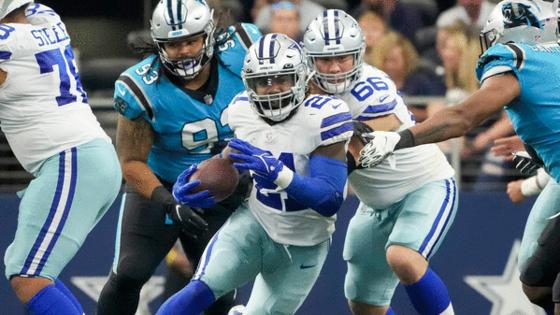 He says it’s more serious than the bone bruise that the Cowboys initially reported but he wouldn’t divulge the exact nature of the injury.

What is most important, as far as Elliott is concerned, is that he injury is getting better, according to an MRI exam taken on Friday. He takes pride in being out there for his teammates and there is no chance of him missing a game to rest.

“You are going to have to drag me off the field,” Elliott said.

The latter is even more important with backup Tony Pollard now battling a foot injury that kept him out of practice on Wednesday.

Pollard spent most of his time with Britt Brown, the team’s director of rehabilitation, while Elliott was a full participant.

Elliott said the knee feels a lot better after having the weekend off, following a stretch in which the Cowboys played three games in 12 days, culminating with last Thursday’s 27-10 victory against the New Orleans Saints.

Ten days will have passed before Elliott takes the field against the Washington Football Team on Sunday.

Elliott said he slept most of the weekend and it helped his knee.

“It feels better. It feels good,” Elliott said. “Getting some strength back. A lot of the stiffness is going away. The MRI showed it’s progressing. It’s healing. It’s getting better. So it’s healing up and going in the right direction.”