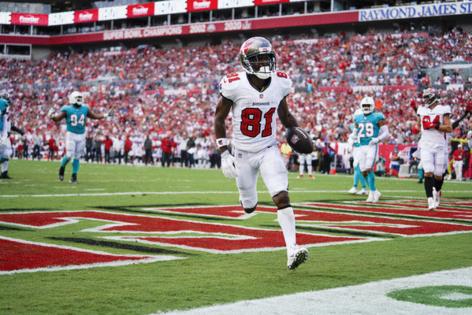 TAMPA, Fla. — A few weeks ago, the Bucs seemed to have little interest in delving too deeply into the issue of fake vaccination cards. Not even — or especially even — in their own locker room.

After Tampa Bay Times Bucs beat writer Rick Stroud broke the news that Antonio Brown turned in a bogus card, the team’s only public response was to be dismissive and purposefully misleading.

The Bucs said they had found no red flags in any of the team’s vaccination cards and so this, they insisted, was not a story.

And now that Brown, Mike Edwards and a former Buc have been suspended three weeks by the NFL for their misdeeds?

So, does Arians think there are similar issues around the NFL?

Oh, good grief. Now they want to be crusaders?

At every turn, the Bucs have tried to paint themselves as either clueless or helpless. The football version of ingenues. They were shocked — Shocked, I say! — to discover this might have gone on under their very noses even after they were alerted to the possibility.

And, even now, they are ducking responsibility.