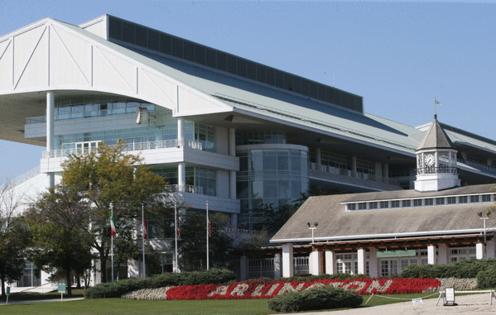 CHICAGO — The Chicago Bears shook the football world in September by announcing a $197 million purchase agreement for Arlington International Racecourse. Though team officials have flirted with the idea of moving to the suburbs for decades, and put in a preliminary bid for the property in June, Chicago Mayor Lori Lightfoot previously had accused them of doing so as a “negotiating tactic” to seek improvements at their current home at Soldier Field.

Now the stakes have been raised, as the team’s offer has been accepted and it works to see if it can finalize the deal. Here is a quick update on where the proposal stands.

Doesn’t a purchasing agreement mean the Bears are buying the Arlington site?

Not necessarily. The sale would go through only if both sides are satisfied that their conditions are met. For the Bears, that likely means investigating the property to make sure it’s suitable for a football stadium and other development, without any deal-breaking environmental, logistical or legal obstacles.

For the seller, Churchill Downs Inc., (CDI) that means ensuring it gets its money. CDI, which owns a majority of nearby Rivers Casino in Des Plaines, and already has a deal with the Bears for sports gambling, also has acted to prevent continued horse racing or a competing casino at Arlington.

Don’t the Bears have a lease to play in Soldier Field?

The Bears have a lease to play at Soldier Field until 2033. It grew out of the city rebuilding the stadium in 2003 to better fit the Bears' needs. But at a capacity of 61,500, it is the smallest stadium in the National Football League. It’s owned by the Chicago Park District, so the Bears don’t get the full share of revenue from naming rights, concessions, parking etc. that they would get if they owned their stadium.

Lightfoot said the team is “locked” into its lease, and the NFL “doesn’t let any teams break their leases.” But a Chicago Tribune analysis found that the team could leave in 2026, when a new stadium might be ready, if it paid $84 million.

Lightfoot said that city officials have tried for months to find out what the Bears want. WBEZ reported that last year, the Bears wanted to create a sports betting lounge at the stadium, but the park district rejected the idea without negotiation.

What would a new stadium cost taxpayers?