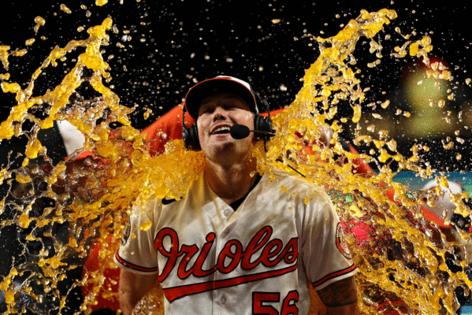 Perhaps that group is en route to topping it.

A night after Jordan Lyles pitched a one-run complete game against the Detroit Tigers, Bradish opened a four-game set against Houston by coming an out shy of a shutout in a 2-0 victory, with both runs coming on a Rougned Odor single off Cy Young Award candidate Justin Verlander in the second inning.

Bradish, a 26-year-old rookie right-hander, did not allow a base runner until the sixth inning, when Mauricio Dubón singled in front of left fielder Terrin Vavra with two outs, then did not permit another Astro to reach until there were two outs in the ninth while striking out 10.

Manager Brandon Hyde’s decision to pull Bradish after Jeremy Peña’s single on his 100th pitch prevented what would have been the Orioles’ first consecutive nine-inning complete games since Sidney Ponson and Juan Guzmán in June of 1999.

In two matchups with Bradish, the top team in the American League has failed to score over 17 2/3 innings, recording four hits with 16 strikeouts. His performance Thursday kept the Astros from reaching 100 wins, while with their 78th victory, the Orioles became the first team since 1900 to win that many games a season after losing at least 110 times. Baltimore (78-71) trails the Seattle Mariners by four games for the final AL wild-card spot with 13 left in the season and needs to finish with more wins than the Mariners because Seattle holds the season tiebreaker.

Bradish tweaked the formula somewhat from his late August outing in Houston. He retained heavy usage of his slider while also working on his curveball more, deploying both breaking balls more than his four-seamer. His sinker, a pitch he only began using this month, featured heavily as well.

The Astros put only three balls in play against Bradish at 100 mph or more, with Dubón’s single not among them. At 76.5 mph, it was the third-weakest contact Houston made off Bradish, but it was lofted in such a way that Baseball Savant gave it an expected batting average of .920.

Otherwise, Houston hardly threatened against Bradish as he retired 26 of the first 27 batters before Peña brought the tying run to the plate, prompting Hyde to turn to closer Félix Bautista for a game-ending strikeout. In a six-start span bookended by his outings against the Astros, Bradish has a 1.64 ERA.

With big days from Mike Yastrzemski and Joc Pederson and an immaculate effort from their bullpen, the Giants beat the Rockies, 3-0, on Thursday, to complete their first four-game sweep of the season.

KANSAS CITY, Mo. — Starting pitcher Jonathan Heasley didn’t give up a hit until the fourth inning — a softly hit infield single — as the Kansas City Royals secured a 4-1 victory against the Minnesota Twins in front...Read More

It turns out, though, that a fastball down the middle is not good against a lefty or a righty.

Quijada threw just such a pitch to Corey ...Read More

NEW YORK — It's a whole lot of money for some baseballs.

Aaron Judge is on the brink of achieving history as he is one home run shy of tying Roger Maris’ American League and Yankees home run record of 61. With 13 ...Read More