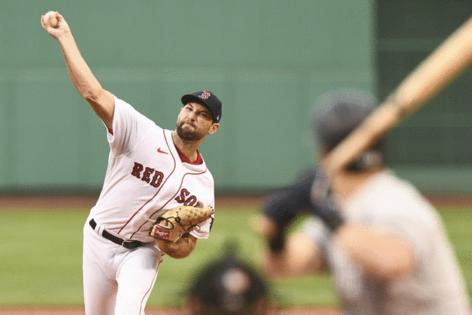 After an entire season spent chasing their counterparts in the American League East without winning a multi-game series, the Sox put it all together for their best weekend of the year.

Michael Wacha returned from the injured list and held the league’s best offense scoreless through seven innings on Sunday night and the Red Sox rode is performance to a convincing 3-0 win over the powerhouse Yankees.

It capped off a huge series win at Fenway Park this weekend, when the Sox took two of three and held the Yankees to just five runs.

All year long, the Sox have argued that their feeble performances against divisional competition didn’t matter. But it’s precisely why they’re at the bottom of the standings right now; they entered the series 0-11-1 in multi-game series against AL East foes.

Two wins over the Yankees this weekend won’t save their season, but this series could’ve just as easily went the other way.

Had the Sox gotten beat up by their big brothers in the division, it would’ve been easy to wave goodbye to the 2022 season.

But finally, this team put together a full series of quality pitching performances up and down the roster.

Pitching with nothing on his fastball on Friday night, Nathan Eovaldi held the Yankees to just two runs in a 3-2 win. Kutter Crawford kept the momentum going into Saturday with six innings of two-run ball. And while John Schreiber allowed a run on a bunt single to lose Saturday’s game 3-2, the bullpen allowed just one run over eight innings of work this weekend.

Wacha’s performance stood out above the rest.