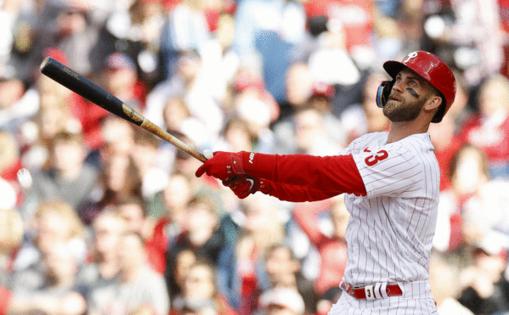 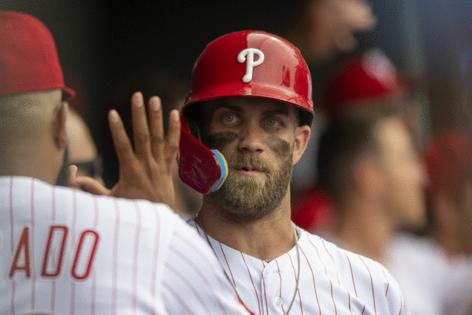 LOS ANGELES — When Phillies manager Joe Girardi announced that Bryce Harper had a small tear in the ulnar collateral ligament of his right elbow and would be receiving a platelet-rich plasma (PRP) injection to treat it, he emphasized that there would be a wait-and-see element to this process.

Harper has never dealt with an elbow injury before, let alone received a PRP injection. This is new territory for him, and how his body will respond to the treatment remains to be seen.

Harper received his PRP injection from the Kerlan-Jobe Institute on Sunday morning in Los Angeles. He was in the Phillies clubhouse Sunday evening, and said the injection went well and he felt good, albeit a little sore. Harper will not throw for four weeks, at least, so we won’t know immediately how effective the PRP injection is, and whether surgery will be required.

While we wait for answers, The Inquirer consulted two experts — Dr. Orr Limpisvasti, an orthopedic surgeon at the Kerlan-Jobe Institute in Los Angeles, and Dr. John Kelly, an orthopedic surgeon at Penn Medicine — about what we can expect to see as Harper navigates his injury this season. Neither doctor has treated Harper and they spoke in general terms about this type of injury.

Can the motion of swinging a bat exacerbate the injury?

Both doctors believe that if Harper feels no pain while hitting, he should be fine.

“The fact that it’s the opposite arm is the big thing,” Limpisvasti said. “There are lots of UCL injuries that we’ve seen where if you’re injured, then not only can you not throw, but it hurts when you’re hitting as well. But because it’s his opposite arm, it’s arguable that he could hit indefinitely on that side, hitting left, and not have even a functioning UCL.”

What is the likelihood that a PRP injection is the only thing needed for this injury?

Opinions vary on this one. Kelly said because Harper is not a pitcher, there is a “great likelihood that he will avoid surgery.” Limpisvasti said it depends on the severity of his injury.

“It comes down to the complexion of the actual tear,” Limpisvasti said. “How much is chronic and how much is new, and is it at the top of the ligament, the bottom of the ligament? The fact that he’s an outfielder, yeah, he’s going to have huge loads on his arm, but not like a pitcher or a catcher.