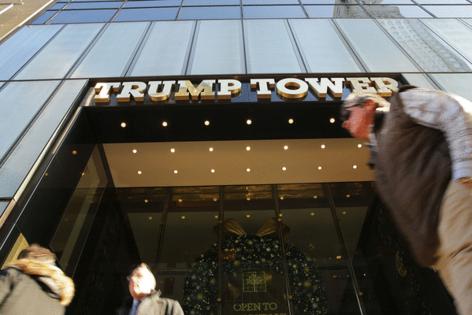 And the penalties are relatively paltry: a possible fine of $1.62 million along with a brief jail sentence for longtime Chief Financial Officer Allen Weisselberg, who cut a plea deal in exchange for his testimony.

But the defeat could still loom large for Trump as he seeks to make a stunning political comeback and restore the luster to his tarnished business empire.

Fines of up to $1.62 million could be imposed when a judge sentences the Trump companies on Jan. 13. That is a relative drop in the bucket for the Trump Organization, which owns the two smaller entities and claims annual revenue in the hundreds of millions.

Neither Trump nor his relatives face any possible punishments.

More concerning to Trump is the possibility that the guilty verdict might embolden Manhattan District Attorney Alvin Bragg to jump-start an effort to prosecute Trump himself for his alleged role in the scheme.

Bragg, who previously expressed doubt about the strength of a possible case against Trump, now says the probe is “active and ongoing,” words that could strike fear into Trump after a jury proclaimed his company’s guilt in the same investigation.

What was the case about?

Two Trump companies were found guilty of paying executives part of their salaries off the books to avoid taxes for both sides.