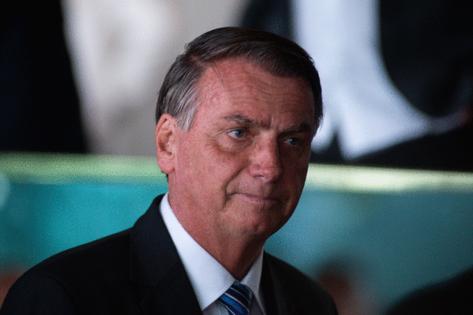 Bolsonaro’s Liberal Party claimed on Tuesday that older models of Brazil’s electronic ballots had problems that make it impossible to properly identify the machines, and requested that votes cast through them be annulled. If only new models of the machines are deemed reliable, the conservative president would be reelected with 51.05% of the votes, the party said.

The electoral court replied by saying that the same machines were used in both rounds of election. Therefore, the allegations will only be considered if the first round of the vote is also reviewed, the court’s president, Justice Alexandre de Moraes, wrote in his decision.

He gave 24 hours for the Liberal Party to decide how to proceed. His ruling puts the Liberal Party in a tough spot because a move to question first-round results would likely affect the election of many of its members in congress.

Brazilian assets extended losses after the announcement, hitting daily lows. The real fell as much as 1.6%, while stocks dropped 1.4% as of 4:37 p.m. in Sao Paulo.

“The biggest post-election risk was that results would be contested,” Tiago Cunha, a money manager at Ace Capital, said. “That had faded, but it’s now back.”