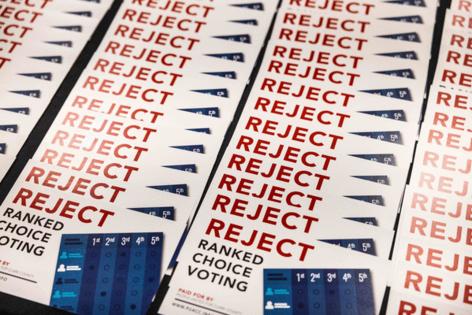 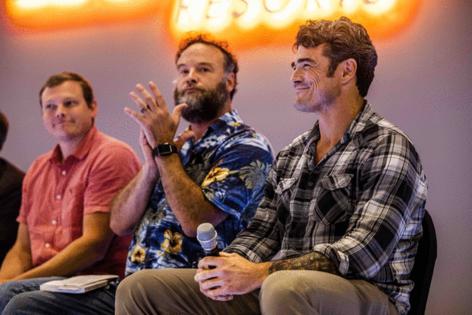 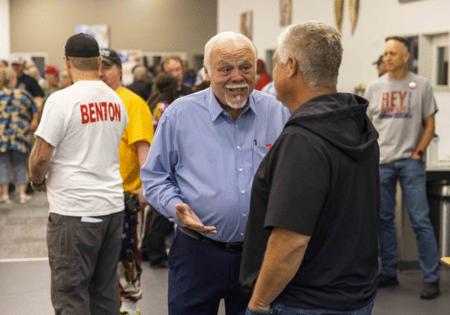 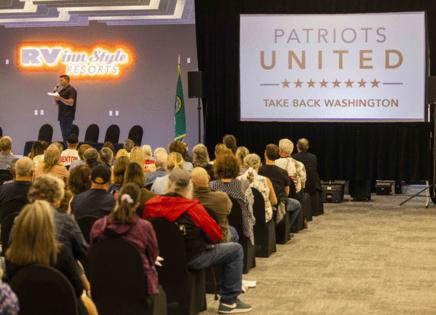 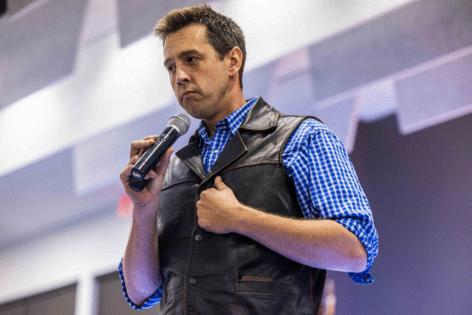 Clicking through slides on an overhead screen, Seth Keshel, the ex-military officer from Texas, and Douglas Frank, the bow-tie sporting Ohio teacher who advocates "Nuremberg trials" for elections officials, spread the lie that Donald Trump, not Joe Biden, was the legitimate winner of the 2020 presidential election.

Mixing dead-voter jokes, Bible verses and Founding Fathers' quotes with ballot data, Keshel and Frank portrayed a 2020 election corrupted by a vast and secret conspiracy that is simultaneously readily exposable by looking at public election results.

Their assertions, honed at hundreds of appearances across the country — including several in Washington — have been debunked by elections experts as complex-sounding statistical mumbo-jumbo. But the duo found a receptive audience in Southwest Washington, where the crowd applauded their calls to abolish vote-counting machines and mail ballots.

The well-attended weeknight event underscores how the election denial movement, encouraged by Trump after his loss, has increasingly permeated mainstream Republican thought, echoed in Washington state by leaders of some county GOP organizations and candidates for Congress.

For some, any election that doesn't go their way is now suspect. In recent weeks, the head of the state Republican Party's election integrity committee has alleged without evidence that even the recent August primary for secretary of state was rigged.

The effects of this persistent election denialism are likely to be felt in November as fraud narratives continue to be blasted out online — eroding trust in the very cornerstone of American democracy.

"We're expecting to see even more rumors and misinformation in 2022 than we did in 2020. ... It has metastasized into a world view about how things work," said Kate Starbird, director of the University of Washington's Center for an Informed Public, which studies viral misinformation and co-published an exhaustive study last year on how Trump's false claims about the election, stoked by online influencers, led to the Jan. 6 attack on the U.S. Capitol.

Nationally, election deniers are on the November election ballot in half the races for governor, and more than a third of the races for secretary of state and attorney general, according to States United Action, a nonprofit, nonpartisan group devoted to protecting free, fair and secure elections.

A cadre of traveling authors, speakers and filmmakers have made it their mission to spread election misinformation.