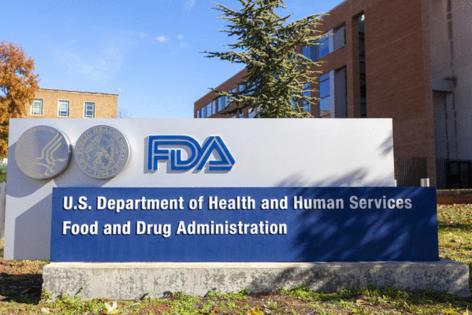 Together, the deals make up roughly one-third of the FDA’s budget and ensure the agency can pay staff in charge of product reviews and approvals for prescription drugs, biologics and medical devices. The reauthorization is expected to hitch a ride on the short-term government funding bill Congress is expected to take up next week.

Senate Health, Education, Labor and Pensions Committee ranking member Richard M. Burr, R-N.C., said Thursday that one of his offers to Chair Patty Murray, D-Wash., had been accepted. He said his provisions addressing the baby formula shortage in the original bill were not included, but he did not offer further details on what policy riders made the cut.

“I think one would call this practically clean,” he said.

A Murray aide confirmed the deal.

“Sen. Murray has reached a deal on a practically clean reauthorization that ensures congressional inaction won’t force FDA to send out pink slips along with some additional policies,” the aide said. “But even after we have addressed this immediate challenge before the looming deadline, she believes we can’t, and she won’t, stop pushing for the kind of reforms families need to see from the drug industry and this critical agency.”

Still, Murray cautioned Thursday: “We have a lot more work to do. He’s left us a lot of work to do.”

In the House, Energy and Commerce Committee Chairman Frank Pallone Jr., D-N.J., would not confirm whether House lawmakers had signed on to the deal.

Congressional leaders are still haggling over the stopgap spending bill that will serve as a vehicle for the user fee package. Republican leadership has been angling for a clean reauthorization in addition to a clean spending bill.

The text is expected to eschew most of the varied policy riders that passed out of the Energy and Commerce and HELP committees. Those include overhauls of the diagnostic, dietary and cosmetic industries as well as provisions on medical device cybersecurity, diversity in clinical trials, regulation of infant formula and oversight of FDA accelerated drug approvals.

Bipartisan work broke down after a number of Democratic amendments were adopted in the Senate markup, including measures to allow individual importation of prescription drugs. Burr warned then the amendment would kill the bill, before voting against it in committee and introducing a separate, “clean” reauthorization bill.

The FDA was able to hold off on sending layoff notices to employees partially through carryover funds that were expected to last through early November.

The outlook on riders now shifts to the year-end omnibus spending bill, which is expected to come up in December.