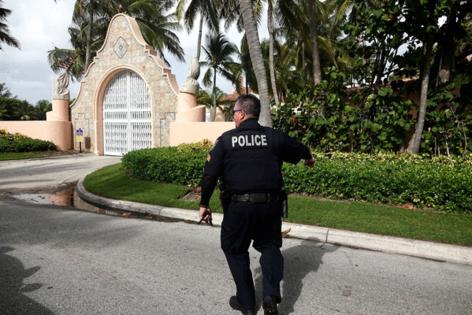 WASHINGTON — In a court filing Tuesday, former President Donald Trump’s lawyers again questioned if the classified documents recovered by the FBI during the Aug. 8 search of his Mar-a-Lago estate in Florida were actually classified, but provided no proof that Trump had declassified them.

Trump’s legal team has repeatedly implied in court filings that the former president might have declassified the documents but has stopped short of saying he has as Trump and his allies have asserted in public.

“The government again presupposes that the documents it claims are classified are, in fact, classified and their segregation is inviolable. However, the government has not yet proven this critical fact,” the filing states.

Friday’s request from the Justice Department narrowly focused on the judge’s decision to have the special master evaluate the approximately 100 classified records found in the search and to prevent the department from using the documents in its ongoing investigation until the review is complete, which could take months. The judge allowed the intelligence community to continue a national security review examining the potential harm of some of the nation’s highest secrets being left unsecured in a storage room and the former president’s office for nearly two years, but the Justice Department has argued that the criminal investigation and national security review are inextricably linked.

Trump’s lawyers also argued in their filing Tuesday that Trump has a right under the Presidential Records Act to access the documents and that the government has not proven the harm that could result if a stay is not granted.

“Instead of detailing any irreparable harm it faces going forward, it attempts to shift the focus to past events, claiming that ‘the materials were stored in an unsecure manner ... .’” the filing states. “This is simply irrelevant.”

The filing also argues that the order appointing a special master and requiring disclosure of classified records is not immediately appealable.

“The Government has criminalized a document dispute and now vehemently objects to a transparent process that simply provides much-needed oversight,” the filing states.

The Justice Department already appealed U.S. District Judge Aileen Cannon’s decision to appoint Raymond Dearie, a senior status judge of the U.S. District Court for the Eastern District of New York, as special master to review more than 11,000 records seized during the search of Trump’s estate by the FBI.

Dearie has summoned the parties to the federal district courthouse in Brooklyn, New York, for a preliminary conference Tuesday and instructed Trump’s team to provide information detailing which documents the former president intends to say he declassified. Trump’s legal team resisted the order in a filing Monday, saying it could form the basis of a future defense strategy.