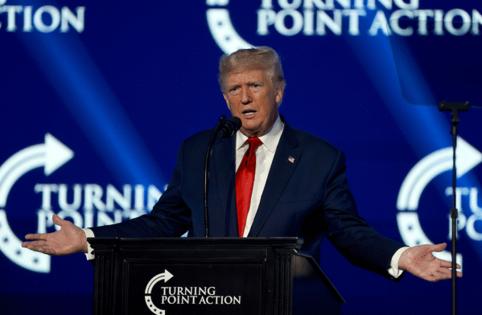 They cited an unsealed court-authorized search warrant and the inventory of property recovered at Trump’s Mar-a-Lago Club that describe numerous classified documents he held, including “top secret/sensitive compartmented information,” among the most highly protected information in the U.S. government.

“Even as the Justice Department’s investigation proceeds, ensuring that we take all necessary steps to protect classified information and mitigate the damage to national security done by its compromise is critically important,” the lawmakers said in the letter.

In June, at least one lawyer for the former president signed a statement declaring all of the classified material stored at Trump’s Mar-a-Lago property was returned to the government, the New York Times reported Saturday, citing four people with knowledge of the document.

The written declaration came after Jay Bratt, a senior official in the Justice Department’s national security division, visited Trump’s residence on June 3, the Times said. The statement could mean Trump or his aides were not fully forthcoming with federal investigators about the material being stored at Mar-a-Lago, according to the report.

After the FBI search of Mar-a-Lago, Trump spokesman Taylor Budowich said the records were ordinary or declassified and that the search was “unnecessary.”