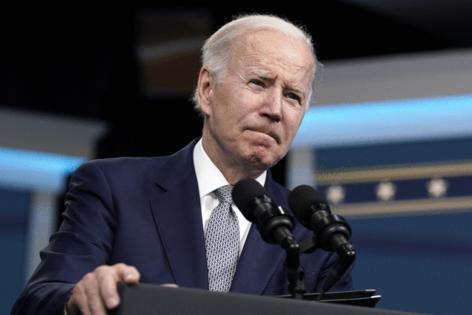 WASHINGTON — President Joe Biden and first lady Jill Biden will travel to Los Angeles on June 8 to host the ninth Summit of the Americas, a high-profile regional gathering that takes place every three to four years.

The weeklong conference is expected to address major regional issues that include finding ways to boost economic growth, combat climate change, slow migration and address the pandemic, according to the White House.

The Biden administration has spent the past few weeks working to mollify Mexican President Andrés Manuel López Obrador and other Latin American leaders over its decision to exclude Cuba, Nicaragua and Venezuela from the conference. All three countries have authoritarian governments that Washington considers to be in violation of the democratic spirit that the hemispheric conference is supposed to promote.

López Obrador has threatened to skip the summit unless all countries in the Western Hemisphere were included, triggering a potential boycott that could undermine U.S. influence at a critical time in the Western Hemisphere. On Friday, he signaled that he would probably not attend the summit and instead send a delegate, most likely his foreign secretary, Marcelo Ebrard.

He told reporters at his daily press briefing he was still awaiting a response from the U.S. to meet his request to invite all countries in the Western Hemisphere.

“We are going to wait to see what they (U.S. officials) decide, but regardless, Mexico will participate,” the president said. “It’s just that I will not attend if all countries are not invited.”

Guatemala said it would not attend after the U.S. criticized its handling of official corruption cases, although several Caribbean countries have backed off earlier threats to skip the event.

Brazil’s Jair Bolsonaro, a major ally of former President Donald Trump and leader of the largest country in Latin America, said Thursday he would attend the summit and meet Biden on the sidelines after initially threatening to pass on the event.

White House officials have expressed confidence in recent days that a multination boycott will not materialize.

Earlier this week, Cuban President Miguel Díaz-Canel said on Twitter that “under no circumstance” would he attend after U.S. officials floated the idea of inviting a representative from Cuba.

The White House has dispatched former Sen. Chris Dodd, Biden’s special adviser for the summit, and the first lady to the region to try to secure commitments to attend. A first batch of invitations went out last week but White House press secretary Karine Jean-Pierre told reporters Thursday they are still considering additional invites.