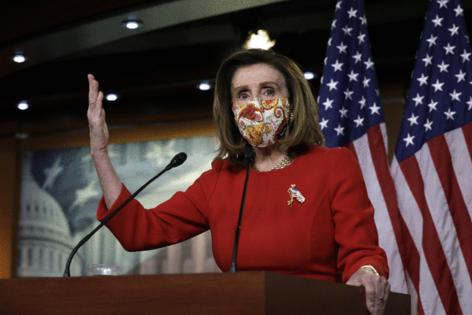 WASHINGTON — Speaker Nancy Pelosi said the House will vote this week on legislation aiming to punish China for its treatment of Uyghur Muslims, a move sure to anger the government in Beijing and add to tensions between the world’s two largest economies.

“As one united international community, we have the opportunity and responsibility to hold Beijing to account and to stand up for human dignity and freedom in the region and around the world,” Pelosi said in a statement, in which she also praised the administration’s decision.

The Uyghur Forced Labor Prevention Act would require the U.S Department of Homeland Security to create a list of entities that collaborate with the Chinese government in the repression of the Uyghurs, a predominately Muslim ethnic minority, in Xinjiang, as well as other groups. It also contains a “rebuttable presumption” that assumes all goods were made with forced labor unless the commissioner of U.S. Customs and Border Protection gives an exception.

A similar bill already passed in the Senate with bipartisan support.

“The bill is pure political manipulation with the intention to undermine Xinjiang’s stability and development under the pretext of human rights,” he said, adding that the U.S. “should pay more attention to its own problems. Chinese people are living a good life, enjoying their life, which does not need any concern from the U.S. side.”