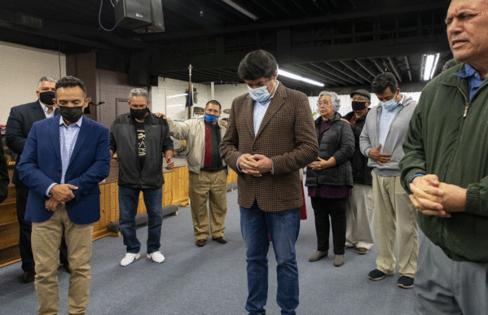 SPRINGFIELD, Ill. — With the backing of the legislature’s Democratic majority, Illinois has been at the forefront of expanding abortion access in recent years, even enshrining a “fundamental right” to the procedure in state statute.

Legislative efforts backed by Gov. J.B. Pritzker to repeal a quarter-century-old Republican-sponsored law requiring parents to be notified when a minor seeks an abortion, however, have not been an easy sell. Even some Democrats question whether such a move goes too far in pitting abortion rights against parental rights.

The issue could be taken up this week when lawmakers return to Springfield for the second half of their fall session. But Democrats, who by and large supported legislation over the past four years to expand and protect access to abortion, are still working to line up votes to do away with the parental notification law.

Supporters are eager to affirm Illinois’ position as a bastion of abortion rights in light of a Texas law enacted earlier this year that essentially bans the procedure after six weeks of pregnancy and as the U.S. Supreme Court prepares to hear a Mississippi case later this year that could undermine the landmark 1973 decision in Roe v. Wade.

The Illinois parental notification law is a particularly challenging subject for politicians, as parental rights have become a flashpoint in fights over the government’s role in implementing mask mandates and other restrictions in schools during the coronavirus pandemic.

Another complicating factor is that all 177 seats in the legislature will be up for election next year under new boundaries drawn during the once-a-decade redistricting process. That leaves some incumbents potentially wary of taking on a highly polarizing issue before having to court voters in unfamiliar territory, especially in suburban areas where Democrats have picked up seats from the GOP in recent elections.

Those in favor of the notification law believe parents shouldn’t be kept in the dark about their children’s well-being, particularly when they make a decision to have an abortion. Those pushing for repeal believe the law does nothing to protect the most vulnerable young people — those who come from unsafe and unstable households.

Several Democratic lawmakers either declined to discuss the issue during the first half of the legislature’s two-week fall session, didn’t return calls seeking comment or said they were undecided on how they’d vote if the matter is taken up.

One undecided legislator was state Rep. Lawrence Walsh Jr., an Elwood Democrat who voted against the 2019 Reproductive Health Act, which codified into state law the “fundamental right” to an abortion. He questioned whether a vote to repeal parental notification was ready for consideration.

“I’m weighing the arguments, pro and con,” said Walsh, a father of three, including an adult daughter. “My district has reached out to me over the last three weeks. I have not heard from one proponent of the bill over the last three weeks. I have had numerous opponents, and at the end of the day, I honestly don’t know if this bill is ready for prime time, if it’s ready to be called.”