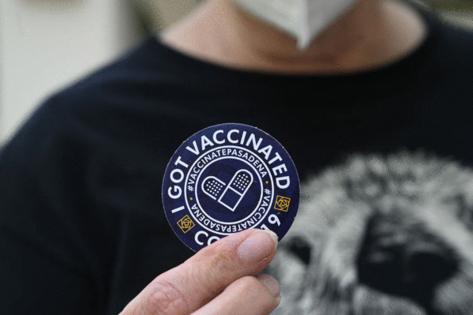 The first mistake: setting up July 4 as a breakthrough date in the battle against the virus despite warnings from experts about the potential for delta and other variants to upend progress. Well over a year into this pandemic, it should have been painfully clear that the "mission accomplished" moment was premature.

The second poor decision came in August, when the White House announced that most Americans need a COVID-19 booster shot and that availability would begin Sept. 20. That move disturbingly came well in advance of the decision-making process involving two leading public health agencies — the U.S. Food and Drug Administration (FDA) and the Centers for Disease Control and Prevention (CDC).

Both are historically looked to for vaccine guidance, and with good reason. They employ world-class medical experts and can tap other respected public health leaders to assist them.

Yet deliberations over booster shots, and who should get them and when, are still underway at both organizations. An influential CDC advisory group's evaluation began on Wednesday.

Late last week, an FDA advisory panel met and concluded that available data does not yet support the broad strategy of giving an additional shot of the Pfizer vaccine to Americans 16 and up. Instead it recommended a narrower approach: a booster for those 65 and older, others who are at high risk for hospitalization and death, and those who are at high risk of viral exposure on the job. Late Wednesday, the FDA approved the panel's recommendation.

The advisory panels' discussions are public and livestreamed. The deliberations so far have been reassuring. What's best for public health is driving discussions. The FDA panel was also quite willing to decide on strategies at odds with what the White House had advocated. That independence is a confidence booster.

Still, the two errors should prompt humility and course correction at the White House. Declaring victory too soon undermines the credibility of future pronouncements about progress. It also may have sapped urgency from the COVID-19 vaccination drive. If victory over the virus was at hand, those on the fence may have concluded immunization wasn't necessary.

The top-down decision-making on the Sept. 20 COVID-19 booster rollout was especially worrisome. In its wake, two top FDA vaccine officials announced their departure. The New York Times reported that both were upset by the Biden administration's move on boosters and that they felt "pressure" to approve the strategy.

The unilateral booster announcement suggests that Biden didn't learn from his predecessor's pandemic management mistakes. Last fall, Politico reported that a Trump appointee had meddled with scientific reports on the coronavirus. Trump was also at odds with Dr. Robert Redfield, who led the CDC at the time, about when the vaccine would be ready.

The situation raised understandable questions about whether the nation's pandemic response was driven by expertise or political needs. It's unsettling that the same question is surfacing a year later under a new president — one who should know better.

Former White House chief of staff Mark Meadows has agreed to testify and provide documents to the congressional committee investigating the Jan. 6 insurrection on the Capitol, a potentially major breakthrough for the panel...Read More