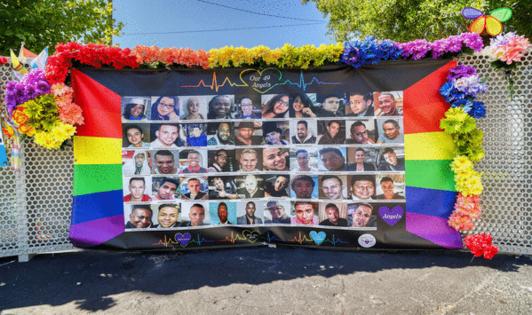 ORLANDO, Fla. — Gun reform advocates vowed action after 49 people were killed in the Pulse nightclub shootings in Orlando five years ago, but since then state and federal leaders have accomplished little toward that goal.

After years of repeated mass shootings, including the third in Miami in two weeks on Sunday, advocates worry the country is becoming numb to gun violence.

“We’re living now in a culture that has normalized these mass shootings,” said Debbie Mucarsel-Powell, a senior adviser to the gun reform group called Giffords and a former Democratic congresswoman from South Florida. “We’re living in a culture where Americans love their guns more than they love their community members, their neighbors, their friends. And unfortunately, many people think that this is one more incident that’s happening in another city, and it doesn’t touch you.”

Days after Pulse on June 12, 2016, Democrats held a sit-in on the floor of the U.S. House trying to force Republicans to vote on gun control. But the effort failed, as did Democratic calls for a special session of the Florida Legislature to address reforms.

State Rep. Carlos Guillermo Smith, D-Orlando, has introduced bills to ban sales of assault-style rifles in Florida every year since his election in 2016. None has come to a vote in the GOP-controlled chamber.

“We’ve got problems in Tallahassee because we appear to be going in the opposite direction,” Smith said. “We have not been given a single hearing by the majority party, even if symbolic. They refuse to put this issue on the agenda. [But] the issue is not going away.”

Just this year, Democratic bills to require background checks for the sale or transfer of ammunition, increasing requirements for safe storage of firearms, and to allow local governments to set their own gun laws all failed to come to a vote on the floor.

Leaders of the GOP say their opposition to gun reforms comes down to the issue of personal rights.