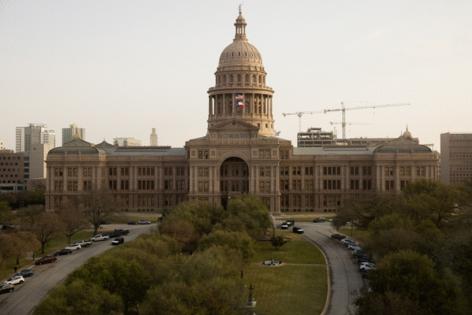 AUSTIN, Texas — The Texas House on Wednesday gave initial approval to a bill that would effectively ban most abortions by outlawing the procedure once a fetal heartbeat is detected, typically before a woman is aware she is pregnant.

Abortion rights advocates have called the bill one of the most extreme abortion restrictions proposed in the state to date, and emotions were running high as lawmakers debated the measure on the House floor.

Standing at the front of the chamber, surrounded by a handful of other Republican women, GOP state Rep. Shelby Slawson, of Stephenville, opened the debate by sharing a story about her mother, who was given a “dim prognosis” about her pregnancy and advised by doctors to have an abortion.

Despite this advice, Slawson said her mother carried the pregnancy to term and gave birth to a healthy baby.

“And now, 44 years and 2 days later, that little baby girl is standing in this chamber, her heart still beating as strongly and as rapidly as it did all those years ago, as she lays out before you Senate Bill 8, the Texas Heartbeat Act.”

Federal courts have halted attempts in other states to implement similar “heartbeat bans,” but supporters of the proposal moving through the Texas Legislature say that their version of the bill was built to withstand similar legal challenges because it leaves enforcement of the law up to the public.

Instead of allowing public officials to enforce the legislation, the bill allows for any private resident to file suit against abortion providers or anyone who “aids or abets” an abortion in violation of the law. Minimum damages afforded in the bill would be $10,000 for a violation.

Legal experts said it is unlikely that this strategy would successfully shield the ban from legal challenges, should it become law, and a letter delivered to House lawmakers from nearly 400 lawyers said the "exceptionally broad" language in the bill would create an "unprecedented" cause of action that "subverts the foundations of our judicial system."

"This bill would not only create a new unconstitutional restriction on abortion, but also ... contravene the Texas Constitution and undermine long standing rules and tenets of our civil legal system," the letter reads. "Because we believe that all Texans deserve a fair, efficient and predictable court system, we ask that you oppose these bills."

The Senate approved the bill in March and the House voted 81-63 on Wednesday to give early approval to the proposal, after adding amendments. The House must vote once more on the legislation before sending it back to the Senate, where lawmakers will decide whether to sign off on changes made in the House.

Slawson added two amendments to the bill in the House, including one that would prevent a person who impregnated a woman through rape, sexual assault and incest from bringing a lawsuit under the bill.

Her second amendment would only allow civil lawsuits to be filed for violations of the bill, and not violations of any other state abortion rules and statutes, Slawson said.

As a show of opposition to the bill, Democratic state Rep. Harold Dutton, of Houston, proposed an amendment that would have required the state to create a subsidy program "to assist women who have a child after being denied an abortion" by covering the child's health care costs and providing free tuition to any public college or university.

"As a practicing Catholic myself, I don't like abortion myself," he said, before withdrawing the amendment. "But, I recognize that that ought to be a woman's right. And it ought to be our obligation, when we override that right, to provide for that child."

Slawson's bill is part of an aggressive agenda being pursued by anti-abortion advocates during this year's legislative session, with an eye to the U.S. Supreme Court, where conservatives hold a 6-3 majority.

State Rep. Donna Howard, an Austin Democrat and a former nurse, said the proposals to restrict the procedure will not prevent abortions from happening, but will only make them occur behind closed doors in potentially dangerous environments.

"We've had this discussion way too many times since I've been here," Howard said, hitting the podium for emphasis. "This is the worst day of the session every single session, and this stuff keeps coming. You guys know that there have always been abortions and there will always be, despite the obstructions that you're putting in place here, despite the self-righteousness of valuing life over what I value, which I highly resent. I also value the lives of the women and families who have to make these decisions."

GENEVA — President Joe Biden traded the warm welcome of European allies Wednesday for his first sit-down as head of state with Russian President Vladimir Putin at a time when relations between Washington and Moscow are ...Read More

Do they simply ...Read More

Do they simply ...Read More