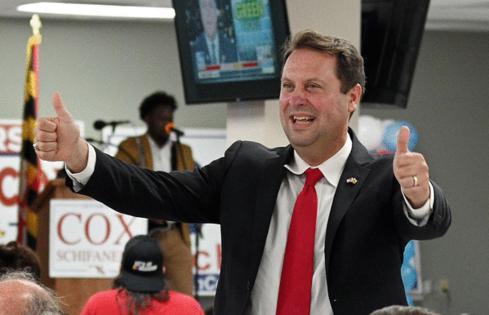 Private citizen Joe Biden and the Democratic Party were absolutely right way back when they kept demanding an investigation of what we’d just learned: Russia had interfered big-time in America’s 2016 elections — running video ads and doing lots more that helped Donald Trump win the presidency.

Then Biden and his fellow Democrats were absolutely right, yet again, in voicing outrage when special counsel Robert Mueller’s March 2019 report following an in-depth investigation didn’t produce a national determination to safeguard our democracy from those who seek to manipulate our voters, overturn our elections and destroy our democracy.

Mueller’s report had given us a detailed warning: Russia had successfully used social media “to undermine the U.S. electoral system … through what it termed ‘information warfare.’ … The (Russian) operation also included the purchase of political advertisements on social media … that by early 2016 favored candidate Trump and disparaged candidate (Hillary) Clinton.”

So today it is no wonder many of us are rightly outraged. We are witnessing another carefully schemed effort — by a very different surprise perpetrator — to manipulate voters in the 2022 midterm elections. Once again, an unexpected source has been purchasing video ads to promote pro-Trump Republican candidates in a number of states.

(Readers: Do not adjust your news screens or newsprint. You read that right.)

In one of the most cynical campaign efforts ever seen anywhere, the Democratic Congressional Campaign Committee (DCCC) and the Democratic Governors Association (DGA) have been buying ads promoting the messages and themes of stop-the-steal, pro-Trump Republicans in primaries for governor, Senate and House. Why? Democratic schemers think they can manipulate opposition primaries so they can run in November against pro-Trump, Love-the-Big-Lie candidates who will be easy to defeat. So they think.

So far, this super cynical Democratic manipulation plan has achieved its initial goals in several states. In Michigan, Republican Rep. Peter Meijer, who was one of 10 House Republicans who voted to impeach Trump after the Jan. 6 Capitol insurrection, was challenged and narrowly defeated by pro-Trump conservative John Gibbs.

The DCCC’s TV ad that featured the Capitol in the background and the words that were drawn from a Gibbs tweet: “John Gibbs and Donald Trump,” “Same Policies.” The Democratic ad also called Gibbs “too conservative for West Michigan” — but of course in a Republican primary, that really isn’t a negative attack, it’s a positive vote-getter. And here’s the bottom line: The DCCC spent $435,000 on its ad featuring Gibbs; Gibbs spent only $334,000 on his own GOP primary campaign — and won.

Speaking of Jan. 6, on the anniversary of that insurrection, the chairman of the DGA, North Carolina Gov. Roy Cooper, tweeted: “Governors must help lead the way in standing up for the truth, protecting our democracy and making sure that it’s the vote of the people that decides elections.”

But Cooper didn’t put his DGA money where his tweet was: The DGA spent a reported $2 million on ads showcasing Trump-endorsed Cox’s message. Last month, Cox won decisively. And yet, the compelling words Cooper tweeted on Jan. 6 were very much on the mind of Michigan’s secretary of state, Democrat Jocelyn Benson, as she told The Washington Post what she thought about the real message her fellow Democrats’ were sending when they played in Republican primary sandboxes.

“If we are going to say as a party — or as leaders — that we believe in a healthy democracy, which requires citizens to be informed and engaged, we have to live out those values in everything we do,” said Benson. “Interference with another party’s primary does not reflect those values.”

The last time Democratic schemers were this too-clever-by-a-half was way back in the summer of 2015. We had just seen a most un-political spectacle: A reality TV rich man gliding past on his gold-colored escalator, through his pink marble lobby and into a role the political smart set knew he’d never fit. TV’s prime-time pundits and late-night comedians were making The Donald their national punchline.

Except for one faraway amateur pundit with access to a bit of a bankroll — and an office with a fine view of Red Square.

By what possible definition of democracy is it OK for Joe Manchin, a single senator elected with a mere 290,000 votes from the tiny state of West Virginia, to wield power that exceeds that of his 99 colleagues and rivals ...Read More

Narcissist Nancy Pelosi and her hot pink pantsuit played a dangerous and reckless game in Taiwan.

Even if it’s part of a coordinated U.S.strategy to regain credibility on the world stage, the 82-year-old Pelosi and her ...Read More

U.S. House Speaker Nancy Pelosi has left Taiwan. Though the California Democrat didn’t stay long, less than 24 hours, the fallout from her visit plunges the Biden administration into a tricky — and arguably unnecessary...Read More